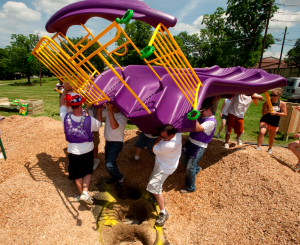 Every so often some nonprofit hits the news because of a breakthrough supporter-driven campaign. With the Kony 2012 campaign-turned-phenomenon the organization Invisible Children asked its supporters to bring attention to war criminal Joseph Kony and thus aid in his capture. In 2014 the ALS ice bucket challenge became a viral social media phenomenon as it quickly and unexpectedly raised more than $115 million for the ALS Association.

Can your supporters help take your cause to a new level?

Thousands can come to your aid!

The Encyclopedia Britannica, first published around 1770, not long ago had a staff of about 100 editors along with 4,000 paid contributors. But it recently quit its print operation. Why? Largely because crowd-sourced Wikipedia has more information (equal to 1,900 volumes of EB), is more up to date and is just as accurate. A nonprofit with a staff of 35, Wikipedia is the fifth largest website in the world! How? More than 120,000 volunteers contribute content and editing in one month alone.

This sharing of time and information has transformed our access to knowledge. What was once only for the wealthy is now free to anyone with internet access.

It’s worth taking time to struggle with this question: How can you get volunteers to help your cause? It could be that hundreds or thousands of people can do what a few staff could never do.

The following story of a nonprofit that successfully engaged its supporters is by one of my former students, Tiffany Jacob:

KaBOOM! is a nonprofit that creates “great playspaces through the participation and leadership of communities. Ultimately, we envision a place to play within walking distance of every child in America.” They started the campaign in 2009 when I was working there and they just started to build up their online community on the KaBOOM! website. They had a simple platform for DIY projects with lots of webinars and resources on how to complete community-built playground projects. They wanted to up the traffic and integrate a unique new tool called the Playground Finder (now, Map of Play), and use their super fans to build it up. 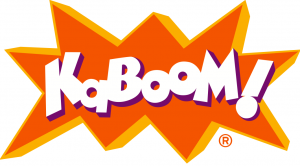 The Playspace Finder/Map of Play was essentially a Google-based map that allowed users to take photos of playgrounds in their neighborhoods and add them to the map. Users made a profile and would get activity points for how many playgrounds they would either pin or photograph, and were encouraged to refer the site to new users. KaBOOM! set an overall goal (something like adding 1,000 playspaces to the map in a month). Users would move up in levels in their online profile titles (like play ambassador or play expert) based on their involvement on the site.

To kicked it off, they targeted their biggest fans—mostly past community partners who had completed a KaBOOM! experience with a corporate sponsor or a DIY project. Their build stories were highlighted, they were mentors to new community partners, and they spoke at our conferences or webinars. These impressive, engaged, passionate people kicked off the online Playspace finder by uploading photos and pinning playspaces to the map. They also got their friends and relatives from all over to sign in and post photos.

The web content manager constantly interacted with them online, thanking them for their posts, encouraging them to send it to friends, etc. The marketing team, with the web team, were in sync on sending out countdowns (1 week left, 100 playspaces to go, etc.) So there was a group goal (1,000 added) and individual goals for online engagement (reaching play expert, online credit/shout outs) and ultimately, they were creating this tremendous resource that they cared about and could share and access later.