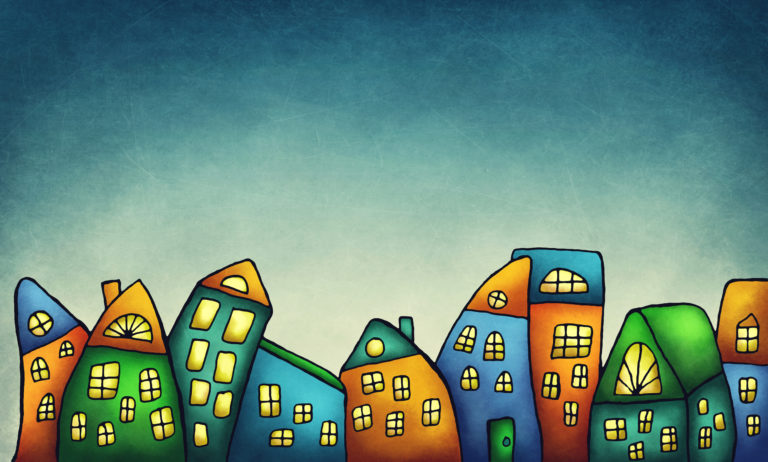 “Imagination is not only the uniquely human capacity to envision that which is not, and, therefore, the foundation of all invention and innovation. In its arguably most transformative and revelatory capacity, it is the power that enables us to empathize with humans whose experiences we have never shared.” — J.K. Rowling

One day in 1967 John van Hengel saw a mother of 10 rummaging for food behind a Phoenix, Arizona, grocery store. Meanwhile, the American food system was throwing away billions of pounds of food each year. Connecting this wasted food with the need of people like this mother, he took action. Van Hengel created a way to get food that could no longer be sold in stores to hungry people. He had started St. Mary’s, the world’s first food bank. The model worked and over time others copied it. A decade later food banks had spread to 18 cities. They mushroomed in the 1980s in response to the need created by deep cuts in the social safety net. Today the largest food bank network, Feeding America, serves 46 million people a year through food banks in more than 200 cities.

Most community institutions we now take for granted—like food banks, public schools, hospitals or dog parks—began somewhere as someone’s idea. Some people imagined a better solution to a need and turned it into a physical reality. And as others saw what they’d done, the idea spread to other places. 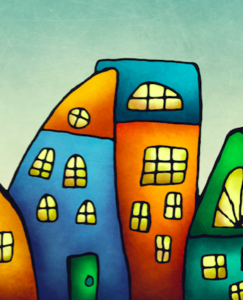 What if there were a better solution?

Housing First began when people asked what if there were a better solution? Today a new model called Housing First or Permanent Supportive Housing is spreading from city to city. Like the food banks, this model has its pioneers, beginning in the late eighties. And like the food banks, because the model is proving in city after city to work, it’s rapidly growing.

In the early 1980s, during the Reagan administration, a homelessness epidemic suddenly hit a scale not seen since the Great Depression. Many thought the problem was temporary, so the response was designed as an emergency response: night shelters and soup kitchens. Much of the energy came from faith communities. But the problem didn’t go away; in the following decades the challenge of homelessness has seemed intractable. But a few people began looking at it differently.

Tanya Tull sees things others miss. And then she creates solutions based on what 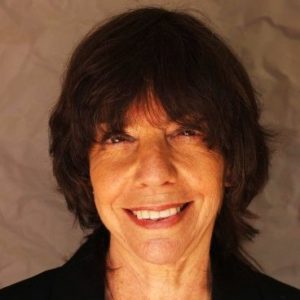 she sees. She has not only founded five nonprofits but she also began the “housing first” movement. While in her early twenties — and after three months of receiving welfare — Tull became a social worker in the Skid Row area of Los Angeles. After a while she left that to pursue other activities. Then in 1979 she read an article about hundreds of children living in the same Skid Row hotels she had known a decade earlier. She shifted her attention to found “Para Los Niños” to help those children. Later she founded a housing organization in the area. And in 1988 she started “A Community of Friends” to create affordable housing in partnership with mental health agencies that provided services to the residents.

Seeing that shelters were not the long-term answer, Tull later founded Beyond Shelter to help homeless families find permanent housing. The idea was to place families in homes and then provide the supportive services they needed to become self-sufficient. Beyond Shelter has gone on to develop affordable housing in low-income neighborhoods, along with support services for the residents. Tull’s approach is credited with helping thousands of families in Los Angeles County get permanent housing and her institute has trained more than 1,000 people in the housing first model.

Around this time and across the country Sam Tsembiris wondered about the homeless people he passed as he walked to work at Belleview Hospital in New York City. He became obsessed with the challenge and after a while left Bellevue to

become a street outreach worker. He knew the system for dealing with chronically homeless people was broken. Before they could be rewarded with housing, people first had to deal with their addictions, mental illness and other challenges. It simply didn’t work.

Tsemberis watched the never-ending stream of homeless people cycling from the street to treatment programs and hospitals and then back to the street. In 1992 he gathered a small group to listen to the people they served. This led them to an approach similar to the one discovered by Tanya Tull: get the person into safe housing and then work with them on other issues.

“We began taking people from the streets into an apartment of their own… nothing fancy but the privacy and dignity of being able to live not in a crowded shelter setting,” he told a TEDx audience. “There, they could cook and eat what they wanted, watch television, do what they wanted. Have dignity.”

As clinicians,“we had put aside our own beliefs about what was clinically possible for someone who has serious mental illness,” such as schizophrenia or bi-polar illness. “It turns out that our clinical expertise was discordant with what people wanted.”

Their approach had two parts: First, the group helped people find an apartment (with a rental stipend allowing the person to pay a landlord) and, second, they offered wrap-around service teams that would visit them in their homes. This helped with observation and helped the residents avoid going from one agency after another.

It seems, in hindsight, so simple that somebody who had to walk to the church program to get breakfast and then find a place where they could use the bathroom during the day and then walk another two miles to go to the shelter at night would do so much better in an apartment where the kitchen, bathroom and bedroom were all in one place. They had those survival skills all along, they just weren’t as evident to us.

As the early results began to be known, others tried the controversial model. Terrence McCoy writes in the Washington Post:

Success begat success. Several years later, the federal government tested the model on 734 homeless across 11 cities, finding the model dramatically reduced levels of addiction as well as shrank health related costs by half. “Adults who have experienced chronic homelessness may be successfully housed and can maintain their housing,” the report declared…

Homelessness has long seemed one of the most intractable of social problems. For decades, the number of homeless from New York City to San Francisco surged — and so did the costs. At one point around the turn of the millennium, New York was spending an annual $40,500 on every homeless person with mental issues. Then came Tsemberis, who around that same time unfurled a model so simple children could grasp it, so cost-effective fiscal hawks loved it, so socially progressive liberals praised it. 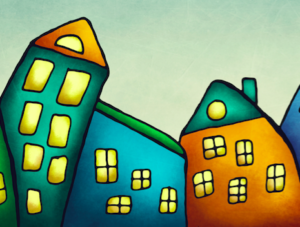 Today, Tsembiris is the CEO of Pathways to Housing, the organization he founded in 1993. His model has been replicated in more than 40 U.S. cities and is spreading internationally, as well. The organization boasts that after three years, “85 percent of those people are still in their apartments, which is the highest success rate of any housing model that has been created.”

While the cost of a chronically homeless person to a community is normally in the $40,000 range, with housing first that drops to $16,000. Besides saving taxpayers money the approach opens up the capacity of the over-stretched shelters, feeding programs and other services to help others who are temporarily homeless.

How do you create a better solution?

Is your current approach is too slow or not solving the real need? World changers across the planet constantly struggle to find breakthrough solutions. And they rarely come easy. As with Tull and Tsembiris, most new models come after years of slogging away. Better solutions emerge from the soup of information, data, listening, experience, intuition and creativity.

What problem are you trying to solve? “It’s really hard to design products by focus groups,” said Steve Jobs. “A lot of times, people don’t know what they want until you show it to them.” Create a better way, not necessarily what’s currently wanted and not what’s asked for. Better solutions come from people who look at the challenge from different angles. They come from those who are willing to just try things to see what happens, to prototype without knowing all the answers. Better solutions come from those are willing to challenge the existing ways, who are often considered troublemakers — that is, until they are called heroes.

World building for a cause

View all posts by Tom Peterson →
Adjust your messaging to the audience
The antidote to cynicism: hope and determination