By Tom Peterson on November 2, 2015 in Featured, nonprofit marketing 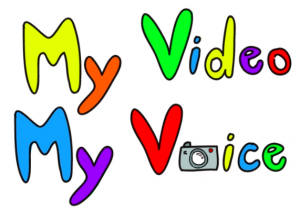 Through the explosion of crowdfunding nonprofits and others have found a new way to ask for help. An alternative to traditional financing, it allows you to raise money for a new venture or project from many people in a short time. Some crowdfunding takes place at an event but most is through online sites such as Indiegogo, CauseVox and Kickstarter. Through Kickstarter alone $1.7 billion has been raised for more than 94,000 projects. While most Kickstarter efforts raise less than $10,000, more than 100 have raised more than $1 million.

An ask for support

A year ago, I got an email from one of my former students, Maggie Carroll. After graduation she had been working with public radio and film work, especially Participatory Media. Maggie has focused on the issue of children who have a parent in prison. In her letter she described a project she was asking people to support through Kickstarter:

I am producing and directing a documentary, titled My Video, My Voice. Helping me are five amazing kids, who agreed to carry around cameras… and turn those cameras around to film their own lives.

Each young filmmaker has his or her own unique perspective, but they all have one thing in common: either their mother or father is in prison.

Some awesome friends of mine helped me make a short, zero-budget version of this in Arkansas, featuring 13 year-old Cartie Braggs, hardworking student and fashion designer extraordinaire.

In order to do this film right, hire a super talented crew, and give this story the attention and time it deserves…we need to raise some funds. I’ll just go ahead and get the exact sum out of the way: I need to raise $14,585 dollars. Yes, that $5 IS crucial.

Right now I’m focusing on the first half of the amount: for pre-production and production costs I need $8,500.

Click Here to check out the Kickstarter Page for My Video, My Voice and donate!

“Visit our official Kickstarter Page and help make this film a reality!” she ends. “THANK YOU SO MUCH!”

So a year later how’s it working out? “The project is going well,” she told me. “Kickstarter is quick so I was nervous. Then I was surprised. The largest gifts were two at $500. There were a few $100 ones. I was excited, even people donating a dollar believed in me and in the project.”

“The biggest thing is that I emailed everyone individually. I get lots of mass emails asking for money. Invest in the personal email, even though it takes a lot of time.”

Carroll raised the first half of her funds through Kickstarter. For the second half she decided to apply for grants. “When I applied, it helped that I had already raised my own money through crowdsourcing,” she says.

“What made me feel a bit better about asking was that people suggested I do it. I make a point of not paying myself. But I did pay other people with those funds.”

And the project itself? Carroll reports:

I work with these kids intensely. It morphed. The fist kid was such a star — he was comfortable with the camera — he gave me false confidence on how easy it would be to work with the others. I’ve worked with 21 kids so far. The process is slow. I give every kid a chance to film for week.

I altered it to work with any kid who was interested. I don’t want to leave anyone out. If they don’t want the parents prison visit filmed, I still work with them. For example, I may get them to write their own story.

National Council of Nonprofits has some helpful links for nonprofits looking into crowdfunding.