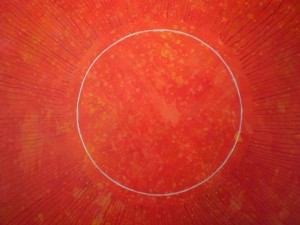 In his short book, Ignore Everybody, Hugh Macleod says that good ideas have lonely childhoods.

Good ideas alter the power balance in relationships. That is why good ideas are always initially resisted. The good news is, creating an idea or brand that fights the Powers That Be can be a lot of fun, and very rewarding. The bad news is that they’re called the Powers That Be for a reason — they’re the ones calling the shots, they have the power. Which is why the problem of selling a new idea to the general public can sometimes be a piece of cake, compared to selling a new idea internally to your team. …most team members in any industry are far more concerned with the power relationships inside their immediate professional circle than what may actually be interesting and useful for the customer.

MacLeod is right on target: In many organizations, even a great idea often acts as a catalyst that sets off toxic chemical reactions. Over time, you can predict the reactions of particular naysayers, threatened by the notion that the idea’s success will somehow upset their world. Hopefully, the good idea has enough momentum from its own logic and enough people who “get it” to push past the cynics and saboteurs. Hopefully, the organization has leaders who understand that their future depends on protecting and encouraging good idea making. Once the idea survives its lonely childhood, it can flourish. And it will help create a place where the next idea will be not quite so alone. So watch out for the good idea. When you meet it, befriend it.