By Tom Peterson on November 27, 2011 in Innovation 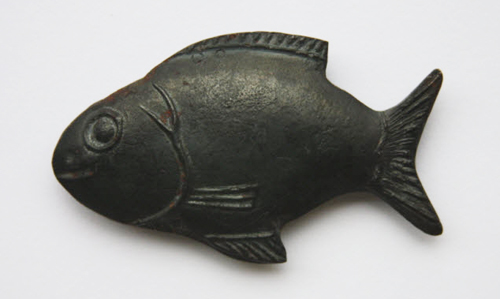 This little iron fish is saving lives. In the summer before he started graduate school, Chris Charles joined a research project in Cambodia with Research Development International, an organization focused on iron-deficiency anemia (IDA). The deficiency impacts billions worldwide and can result in a range of health problems, from fatigue to death.

Chris extended his three months to three years and a PhD project: How to get iron into the daily diet? Iron cookware is used in other places, but the impoverished villagers he was partners with were not likely to switch to the heavier pots, nor could they afford iron supplements. The answer was placing a small fish locally cast of scrap iron into water which is boiled for drinking. This small act provides 75 percent of the needed iron. And it’s still working three years later. Read the reports in Chris’s school magazine or in The Record.