By Tom Peterson on January 26, 2015 in Social Change, world changing

The Language of Social Change

“Whatever words we utter should be chosen with care, for people will hear them and be influenced by them for good or ill.”  —Buddha

Understand the power of words. Like a magician’s incantation they can cast a spell on us, even when we don’t realize it. And we can use the power of words to make our world a better place. World changing terms play different roles. For example, some call us to a certain action, say live off-grid, have a designated driver or to join a protest movement using nonviolence. Others simply describe, like old-growth forest or endangered species.

Speaking of endangered species, in recent years almost one-third of our bee colonies have disappeared due to pesticides. This seriously threatens our ability to grow enough food. Many groups suggest the mighty bumble bee be considered for endangered species status. This vanishing bee crisis has helped create a new vocabulary: colony collapse disorder, backyard pollinators, urban apiary, raw honey. The terms reflect challenges and solutions, practices and products. Just reading this list makes me wonder if I should put a hive in my backyard.

With words we can create new ways to do things. We can help people see more clearly. We can spread a good practice. Give people choices that will determine the future. What follows are several ways language can change our world. 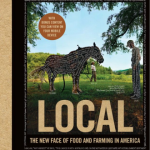 How can vocabulary change behavior? Douglas Gayeton’s new book Local is about new ways of farming in America. But it’s just as much about the power of words, of naming. A new practice starts somewhere. It’s then shared among neighbors, at conferences, in blogs or books. The concept begins to take root in more and more people’s minds. Someone along the way gives it a name that sticks. Slow food, cage-free eggs, fallen fruit, foodshed, food miles. The idea of being a locavore, or eating locally, often spreads once the term—and its implications—is understood. Says Gayeton:

We live in a world of finite resources. Changing how we consume these precious resources—safeguarding them for future generations—will require not only changing our behavior, but even learning a new language…

It all begins with words. By learning the words of this new language—the lexicon—you can start the conversation, even embrace ideas that had previously seemed foreign or irrelevant to your daily life. If you start by learning what the term food miles means, for example, the transformation begins.

Movements usually create their own unique practices and vocabulary. The nineteenth century effort to end slavery became known as abolitionism—don’t waste time talking about how to improve this wicked system, completely abolish it! In United States it generated the underground railroad, a hidden network of routes slaves used to escape to Canada. Secret safe houses and meeting places called stations and depots were managed by station masters. Conductors, such as Harriet Tubman, guided escaped slaves along the routes. So the term underground railroad both evoked one way to deal with a social challenge and reflected a real practice.

Many of our political battles are really highly-strategized language wars. What something is called influences how we perceive it. Is that billionaire a job creator who needs to be unfettered from taxes to help the economy, or a one-percenter whose money controls too many politicians, persuading them to work against the people who elected them? Is the Keystone pipeline a job creator, the answer to U.S. unemployment? Or will it create only 35 permanent jobs and is really how a few one percenters could move dirty fossil fuels from Canada to the Gulf Coast to sell for export?

The gay marriage debate shifted when it was re-framed as marriage equality. How about abortion? Are you pro-life? Who could possibly be anti-life, want to take an innocent life? Or pro-choice? A woman should not be told what to do with her body, with her life choices, right? Each side is well named and framed.

This isn’t trivial. The vocabulary we use for our causes can help determine our future.

Power of Words: Branding and legitimacy

When an action has a catchy name, there must be many others doing it, right? So if you join, you’re not alone. Naming brands an issue or practice, makes it more real, reinforces its legitimacy. The more people hear the phrase, the more it becomes important, something they should consider doing or supporting. 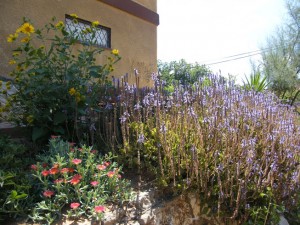 Xeriscaping, landscaping in a way that reduces or cuts out the need to water, provides an accepted (or even desired) alternative to traditional yards. Perfectly uniform grass lawns depend on fertilizer, pesticides and plenty of water. No-mow offers another alternative. (My backyard hasn’t been mowed in four years.) When practices have names, like xerioscaping and no-mow, they become normalized, more legitimate. Then, with whole books and websites about them—obviously other people are onboard—we have more courage to try a new practice ourselves.

A term like fair trade implies an opposite: other coffees may somehow be unfair to the farmer. Equal rights implies a society where some folk’s rights are more equal than other’s. Language can raise questions about business as usual. It can also bring to light a bad practice. Some police officers pull people over or stop them on the sidewalk merely for looking “wrong,” often for the color of their skin: profiling.

Apartheid, the South African system of racial segregation, is Africaans for apart-hood. The anti-apartheid movement was able to globally brand apartheid as the horrific system it was.

Through the power of words, practices that would have otherwise gone unnoticed are exposed. Ghost Fishing was first brought to the world’s attention in the 1980s. It’s what happens when nets, abandoned by commercial fishers, continue to trap and kill fish, sea turtles and marine mammals. Naming the problem is often the first step in solving it. A few programs have been developed to help fishers properly discard unusable gear, but this practice still needs attention.

Sometimes, a new lexicon creates and reflects a new approach to an entire aspect of society. The food movement, mentioned above, with dozens of new phrases reflect a shift away from the dominant corporate processed food model and towards a one that is friendly to people and the environment, not to mention our own health.

In reclaiming our once abandoned city centers, the New Urbanism movement has spawned walkable neighborhoods that attract new residents and shops and transform an area. The movement has also spawned a giant lexicon: bike paths, buffered bike lanes, greenway path. walkability, pocket parks, pedestrian continuity, placemaking, and so on. 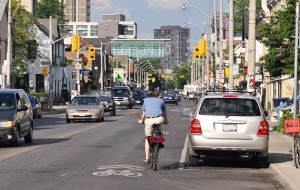 A sharrow, for example, is the name of a painted bike and chevron road marking. It indicates that this road is a priority bicycle route and is shared by both cars and bikes. The hope is to get cars to be better prepared to share and to encourage cyclists to go the right way in the lane. Since the symbol’s introduction in San Francisco in 2004 it has spread throughout U.S. cities.

Again, the adoption of each of these practices reinforces a name and the name encourages more people to adopt the practice.

You’re standing with your cart in the grocery store choosing between dozens of coffee bags. Labels on a few say Organic or Fair Trade Certified. They cost a bit more but they could be healthier for the planet and let us to directly help the struggling farmers who grew the beans. I once sat with a group of coffee growers in Guatemala as they listed about twenty ways being able to sell organic, fair trade coffee transformed their lives and their children’s lives. I have to admit being surprised at how important the shift was for them. For example, they’re no longer sick from pesticides, they’re not polluting the lake downstream (improving fishing), the extra money allowed them to send their children to school.

These lexicons invite us to shop differently. Our everyday choice give us power to create the world we would like to live in. We can Boycott a company or store that discriminates against people or funds efforts we don’t like. And we can procott (intentionally buy things) businesses that do things we agree with. When we buy local, our dollars stay in our communities (instead of going to distant shareholders’ pockets) and fund our schools and roads and grow the local economy. We vote for the future of the world with our dollars.

The language of world change

“The difference between the almost right word and the right word is really a large matter,” said Mark Twain. “It’s the difference between the lightning bug and the lightning.”  The language of world change is all around us. Hear it. Tune into the ever-changing lexicons that help us make better choices. As you work to move your cause forward, know this: language matters.