By Tom Peterson on October 4, 2013 in Nonprofit Innovation, Social Change

Six Words for a Cause

Can you sum up your cause in six words? Catch the AdLibbing interview with Larry Smith, creator of the website Six Word Memoirs. There, Smith invites people to share anything they want, as long as it is done in six words. I’m working on mine; it’s hard!

Here are a few from the site:

Here’s an excerpt from the interview:

Perhaps the partnership that’s closest to my heart is with To Write Love On Her Arms (TWLOHA), a nonprofit dedicated to presenting hope and finding help for people struggling with depression, addiction, self-injury, and suicide. TWLOHA approached me and said: “We’re both in the self-expression business and believe in the power of words to engage people and maybe even help heal them—what can we do together?” We created a dedicated section on Six Word Memoirs called “Six Words on Pain and Hope” where people share six-word stories such as, “After years of chaos, finally peace,” and “I tore up my suicide letter.” 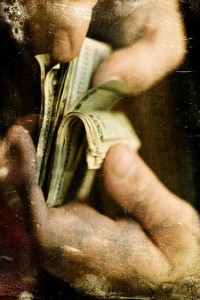 We’ve all heard that the 400 richest Americans control as much wealth as the “bottom” 180 million of us. First, let’s pause and think of the insanity of this for so many reasons. And not allow ourselves to think, “This is just how the world works, it isn’t my problem.” Now, here’s an article about what each of us can actually DO about it: Ten Ways to Democratize the Economy.

Each suggested step includes how it will help and great links to learning more or getting involved. For example, number 8: “Democratize Energy Production to Create a Green Economy! Get involved in public and cooperative utilities to fight climate change.” Or number 1: “Democratize Your Money! Put your money in a credit union – then participate in its governance.”

“We are not to simply bandage the wounds of victims beneath the wheels of injustice, we are to drive a spoke into the wheel itself.”
— Dietrich Bonhoeffer