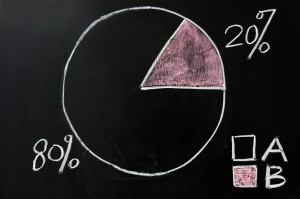 You’ve already know about the 80/20 rule so this is a reminder—because four-out-of-five times it will help you focus on what’s important.

This 80/20 rule got more attention in the 1940s when “quality management” founder Joseph Juran began looking at manufacturing through Pareto’s lens. Juran found that in manufacturing 20 percent of causes created 80 percent of the defects. He described the “Pareto Principle,” but preferred to call it the “Law of the Vital Few.” Distribution of most things is unequal, and the “vital few” have high impact while the “trivial many” have little impact.

This roughly true way to think of distribution can help you focus on those actions that yield a higher payoff. For example:

Don’t get lost in the actual numbers 80 and 20. That misses the point that in most efforts the “vital few” have high impact while the “trivial many” has little impact, often in a 4-to-1 ratio. 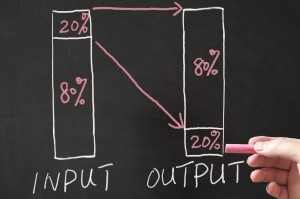 This can certainly be true in your own life, how you spend your time, energy and resources.

In many aspects of life, focusing on the important “vital few” will bring greater results.

If you’re working in a nonprofit, some of these may be true:

What low-yield activities can you drop? Do one or two of your fundraising programs work really well? Is there a way to grow them? Is there a program that brings greater impact to your cause than most? What potentially high-yield programs should you be spending most of your discovery energy on? Evaluate the impact of your different activities. Why not shift the resources from that low-impact program to one with greater returns?

Beyond this you may also discover the vital few within the vital few. You may also find that 20 percent of 20 percent (or 4 percent) of your staff or volunteers create 64 percent (80 percent of 80 percent) of the personnel problems. In this scenario you and everyone else will spend a disproportionate amount of time dealing with the few until there is resolution. You’ll also be able to identify that tiny portion stars on your team. Support them, make sure that they have what they need to do their work, are rewarded and feel appreciated.

You may also find that 64 percent of your funds come from the top 4 percent of donors. There are likely some examples of your program that has an amazingly high impact. While you work on 80/20, keep an eye open for ways to grow these higher concentrations of things that work. 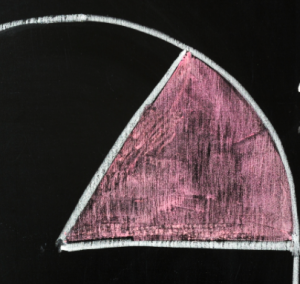 I recently told this story but it’s worth repeating. Billionaire Warren Buffett gave his pilot, Mike Flint, some valuable advice about reaching his goals. I want you to go and make a list of the 25 most important goals you want to accomplish in your life, Buffett told him. After some time, the pilot came back with his list of 25 goals. Then Buffett told him to now go and circle the five that were most important to him. The pilot came back with his five top priorities talked about getting to work on them immediately. When Buffett asked about list of the other 20 goals, Flint said he’d work on them around the edges. Buffett told him no! This is your “avoid at all costs list.” Until the top five were accomplished, any attention paid to the “avoid list” would keep him from reaching his important goals. Warren Buffett recommends the 80/20 rule and urges that Flint to avoid the trivial many at all costs.

Realistically, much of life doesn’t neatly follow the law of the vital few. But enough does. So you may want to look at your priorities through this window from time to time. You can’t do everything, so focus your energy on that which brings the greatest results.

View all posts by Tom Peterson →
Getting started, take the first step
Audience is Hero