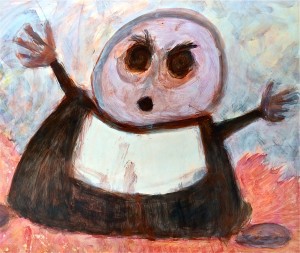 Hanging out with positive people who give energy to the world will gives us energy, as well. The more we’re around them, the more we find ourselves reaching for our own best. However, by the same token, nothing can be more counter-productive than having negative people on your team.

Negative people may be cynics, pessimists, sneerers, back-stabbers, know-it-alls, scapegoaters, liars, get-ahead-at-other’s-expensers, and just mean people. Having these folks on your team can go beyond just being unpleasant and slowing things down, it can derail an entire effort.

Cynics expect the worst from others. Because they believe people are not trustworthy and are motivated only by self-interest, they can’t see a person’s goodness and sincerity. They may appear intelligent and savvy, but they’re dead end, poison. Cynicism leads to inaction. Cynics often like to hide behind something they call realism. In fact, this is pessimism.

A pessimist sees only the worst in a situation, in all things and potential outcomes. They know nothing good can ever happen, that only a quixotic fool would try to make a difference the world. The pessimist, like Saturday Night Live’s Debbie Downer, drags down anything, even a trip to Disney World, “It must be fun to work here… although, the biggest drawback to working at a theme park is that you must live under constant fear of deadly terrorist attacks!”

To be fair, none of us is free of these negative traits; we all struggle. Our cynicism, our pessimism come from our woundedness. And we must tend to these in our own lives. Says Stephen Colbert:

Cynicism masquerades as wisdom, but it is the farthest thing from it. Because cynics don’t learn anything. Because cynicism is a self-imposed blindness, a rejection of the world because we are afraid it will hurt us or disappoint us. Cynics always say no. But saying “yes” begins things. Saying “yes” is how things grow. Saying “yes” leads to knowledge…. So for as long as you have the strength to, say “yes.”

We can choose our friends and, to a degree, we can choose our colleagues and our partners in social change. If we’re serious about fixing the world, we should be deliberate about who’s on the team. Bill Foege said, “There is a place for cynicism and pessimism. But whenever you need it, contract for it. Don’t get those people on your payroll.”

When President Lincoln issued the Emancipation Proclamation, he was in part showing courage and in part playing a role that events had thrust upon him, built on the shoulders of a century’s worth of abolitionists’ unceasing work. But when, with the stroke of the pen, millions of slaves were freed, many were surprised. Abolitionist Ralph Waldo Emerson called it something “most of us dared not hope to see.”

There is a great gap between a cynic, who in Emerson’s words “can chill and dishearten with a single word,” and a believer who, like Emerson doesn’t dare to get his hopes too high, yet still toils year after year to accomplish the goal.

Progress is Often Hard to See

Feeling overwhelmed by giant global issues? Here’s an exercise: go to your local library and find that six-foot-long row of yellow. Find the September 2006 issue of National Geographic. Look at the chart showing the growth in Adult Literacy from 1970 to 2005. You’ll see that during that time, the percentage of Europeans 15 and older who can read rose from 94 to 99, in the Americas it rose from 86 to 94. While only 51 percent of Asians could read in 1970, 78 percent could by 2005. The largest jump took place in Africa: from 28 to 65 percent. Globally, you’ll see a dramatic rise of adults able to read from 63 to 82 percent. For decades, these rises in literacy rates have translated into lower poverty and child mortality rates.

In 1970, our pessimist would have looked at the low global literacy rates and said, trying to fix this problem would be futile. Today, we say the same about global warming and ending poverty.

People struggling for justice or simply to get through this day can’t afford our cynicism and pessimism, and neither can we. So, as long as we have the strength, let’s say “Yes!”