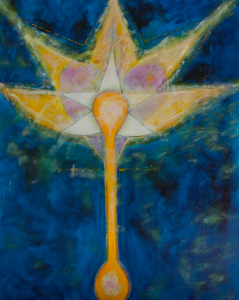 A recent piece in the Los Angeles Times asks why residents of Loma Linda, California, live longer than the rest of us. I like where this article led me for a couple of reasons. First, it was for me a reminder that words and phrases (like Blue Zone) are powerful and can re-frame both our understanding and our actions. I was telling a friend about Blue Zones, and her first reaction was, “Let’s do that in our neighborhood!” The first step in big change is seeing what could happen, having a framework for what’s possible.

Second, it was a reminder that world change has to change whole systems. Make that whole and complex systems. The path to a Blue Zone is multi-faceted.

Of course, LA Times writer Mary MacVean goes on to tell us why people in Loma Linda live longer: It has mostly to do with the presence of health-conscious Seventh Day Adventists, who make up about one-third of the community’s 22,000 residents. MacVean gives a glimpse of what one would see in Blue Zone Loma Linda:

The Loma Linda Market near Loma Linda University has bin after bin of beans and grains; there’s no meat section. There is a McDonald’s in a shopping center, but it moved in only after a fight; the arches are demure, and a countertop poster advertises veggie burgers.

On a residential street, tables piled with grapefruit and oranges for sale — on the honor system — sit outside houses. Sixteen-year-old Claire Fontoura says there are few overweight students at her Adventist high school. The cafeteria at Loma Linda University is vegetarian. Students attend chapel every Wednesday to, as the chaplain put it one recent morning, “stop stressing about tests, stop texting … put away our to-do lists.” And the campus fitness center, and its programs on diet and exercise, are open to the community.

Studies have shown that Seventh-day Adventists, who have a broad range of ethnic backgrounds, live as much as a decade longer than the rest of us, which led to Loma Linda being identified as one of five longevity spots, called Blue Zones, on the planet and the only one in the United States.

Author of the book Blue Zones, Dan Buettner says in a 2011 TED talk that about 80 percent of what drives the cost of disease is lifestyle and environment. But we spend only about 4 percent on prevention and almost 90 percent on “cleaning up the problem.” “We’re aiming at the wrong problem.

More recently, with funding from National Geographic, Buettner searched for communities that weren’t healthy but then got healthy. He found a couple of places, one in France and one in Scandinavia, that have made significant sustainable gains on a large scale. Their success, he says, was not relying on individuals to change, but to address entire systems. In the talk, he suggests how this could play out in America.

For information about the Blue Zones Project go here.

View all posts by Tom Peterson →
Procott or Boycott?
Ten ways to grow as a nonprofit professional