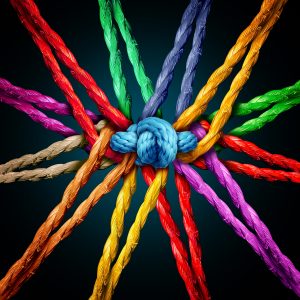 In the words of an internet meme, “Your vibe attracts your tribe.” The converse is also true: your tribe attracts your vibe—folks like you may be “calling” you. Like magnets, people with similar passions tend to find each other. In the real world, they eat, work or meet together. Virtually they communicate on social sites and web sites. A group email may include someone in Bangalore, Munich and Dallas. Birds of a feather flock together.

Who’s most worth meeting?

“Never doubt that a small group of thoughtful, committed citizens can change the world. Indeed, it is the only thing that ever has.”

You’ve probably heard this quote from Margaret Mead. One of the most recognized anthropologists in the world, she understood the power of community in part because she observed it closely, but she also practiced it. Mead was herself a great tribe assembler who helped create her own “small group of thoughtful, committed citizens.” She told her biographer Jane Howard “I make, I suppose, an average of one new friend of importance every two or three months. That’s five or six good friends a year, without dropping any of the others. On the whole, I try to introduce them to each other.” Howard noted:

Her generosity was staggering… She gave of her time and attention, and made connections no one else would have imagined. She picked and chose assembled and combined and juxtaposed, with breathtaking skill. Her idea of a room was one where people looked well together, and they looked best of all if they happened to have been gathered by Margaret Mead herself. 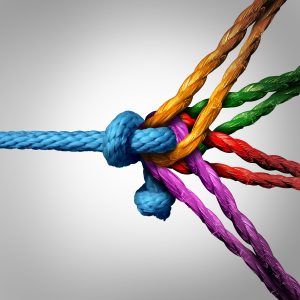 And she was intentional. “As methodically as Mead had once [as a child] surveyed new classrooms and new bunches of playmates,” says Howard, “she now assessed the cast of characters in American social science, to figure out who among them would be most worth meeting and how she could best get to know them.”

If you’re already part of a community that shares your interest, enjoy it, contribute to it and be on the lookout for that straggler who also needs connection. Be inviting and generous.

If you’re not, you may want to find one. So simply show up. Go to places and events where people who share your interest go. It may mean volunteering, taking a class or going to a conference. Not only will you learn something, but you’ll meet the folks involved with your cause. And then, like Margaret Mead, figure out who’s worth getting to know better. Who shares your passion, is knowledgeable, has energy, has integrity? Who do you feel connected to?

You may find someone who’s farther down the road than you. They may mentor you in certain aspects. Or it may be the other way around. Not everyone you approach will be looking for another friend, so don’t take it personally if they don’t have the time. But some will welcome a fellow traveler.

If you can’t find your tribe you may have to create it. There’s no magic formula and it can’t be forced. It will likely mean some stretching. To start with, find those who share your interest and are worth getting to know. 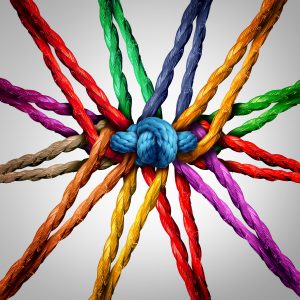 Ask mutual friends for an introductions and invite them meet over coffee or lunch. Over time, you may know several people independently and suggest that you all convene a larger informal gathering. You may be surprised at how many people working on similar issues, even in the same city, don’t know each other.

At first, your group may be loose and even take imagination to see. Like Margaret Mead, assemble, combine, juxtapose them. Get them into the same space and introduce them to one another. Relationships are the bedrock of community and they don’t happen overnight. They grow with familiarity and trust, especially as a group takes on a project together.

Mead’s citizen-power is not about large numbers, it’s about thoughtfulness, sharing, listening, acting together. It’s the power of a group committed to a cause, the strength gained by seeing the person next to you to exerting a bit more courage. It’s about showing up. That’s how the committed citizens change the world.

Avoid Cynics, Pessimists and other Downers

View all posts by Tom Peterson →
Pick your friends: why it matters
10 ways to be audacious (and change the world)