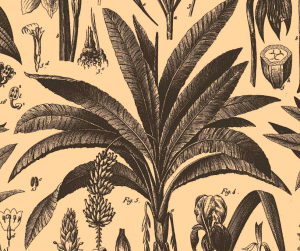 “I am convinced that only by setting aside half the planet in reserve, or more, can we save the living part of the environment and achieve the stabilization required for our own survival.” —E.O. Wilson

[Fox-in-the-Hen-House Note: As I post this, Climate change denier Scott Pruitt is being tapped to head the EPA. Pruitt has sued the EPA (and lost) five times to roll back environmental regulations. [update; Ryan Zinke, not McMorris for Interior. And Rick Perry for Energy… the department he once would have eliminated.] And for Secretary of State, instead of a seasoned diplomat to help us navigate the nuanced global challenges to assure peace and stability, the president elect named Rex Tillerson, with no foreign policy experience, who has never worked anywhere other than ExxonMobil, and who made a half-trillion (with a T) dollar fossil fuel deal—that was blocked by sanctions—with Putin.]

So… in one future we continue down the path of habitat destruction and the mass extinction. In another path, we do something radically different.

Scientists measure the earth’s 4.5 billion years in eras and epochs. Humans have been around for only 200,000 years and civilization for about 6,000. Now many scientific organizations are saying that we have left the Holocene epoch that began 11,000 years ago with the end of the last ice age. They say that we’ve begun to wreak enough havoc on our home planet to warrant a new geologic age.

Many scientists now use Anthropocene to describe a new geological period that started when humans began to impact the atmosphere, geology, hydrology and ecosystems of the earth enough to alter its natural cycles. The period began somewhere between the industrial revolution and the first atom bomb.

In this fleeting moment we’ve halved the number of trees and changed about half of the earth’s surface. Signs of the Anthropocene include the shrinking polar ice sheets, rising seas, climate disruption, the great loss of tropical forests, acidification of oceans, the sharp rises of CO2, methane and other gasses, and the rise in global temperature. 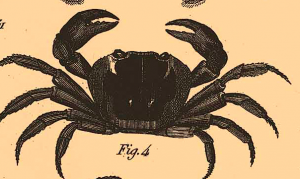 The most sobering sign is the massive extinction of plant and animal species due to ecosystem disruptions—and the growing possibility of our own demise. And the rate of extinction is accelerating. No one knows how many species (including microorganisms) there are, but in his book Half-Earth sociobiologist E.O. Wilson estimates about 8.7 million “give or take a million.”

How many are we losing? The U.N. Convention on Biological Diversity concluded: “Extinction rates are rising by a factor of up to 1,000 above natural rates. Every hour, three species disappear. Every day, up to 150 species are lost. Every year, between 18,000 and 55,000 species become extinct. The cause: human activities.” Wilson points to the commonly used acronym HIPPO to list these human actions (in order of importance): 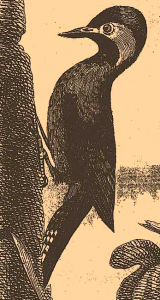 Our efforts can make a difference

Wilson cites a major survey that found that one-fifth of the roughly 25,000 mammals, birds, reptiles and amphibians are threatened with extinction. But it’s not all bad news: many of these are being stabilized through conservation efforts. He points out that “while 22 species had slipped into extinction, 227 had been saved that would likely have otherwise disappeared.” For example, conservation efforts had cut by half the extinction of bird species and saved such animals as green sea turtles and bighorn sheep. However:

The declining world of biodiversity cannot be saved by the piecemeal operations in current use alone. It will certainly be mostly lost if conservation continues to be treated as a luxury item in national budgets. The extinction rate our behavior is now imposing on the rest of life, and seems destined to continue, is more correctly viewed as the equivalent of a Chicxulub-sized asteroid strike played out over several human generations.

And nature doesn’t give a damn whether some people pretend this isn’t happening!

Wilson says that we have to “view the entire planet as an ecosystem, to see the Earth as it is and not as we wish it to be.”

The only hope for the species still living is a human effort commensurate with the magnitude of the problem. The ongoing mass extinction of species, and with it the extinction of genes and ecosystems, ranks with pandemics, world war, and climate change as among the deadliest threats that humanity has imposed on itself. 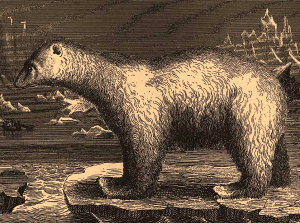 Fortunately, there is a nascent beachhead and infrastructure around the planet. Wilson points out that “every sovereign nation in the world has a protected-area system of some kind.” Combined they protect about 15 percent of the land mass and 3 percent of the oceans. But, he adds, it’s nowhere near enough. The biodiversity crisis won’t be solved with postage stamp-sized nature reserves that are surrounded by our bad practices.

The ambitious goal: Half Earth

We’ve heard about the big hairy audacious goal, or BHAG. This is the BHAG for all times. Wilson proposes: “only by committing half of the planet’s surface to nature can we hope to save the immensity of life-forms that compose it.” Set aside half of the planet—half the water and half the land—as wilderness to stabilize the threatened species. 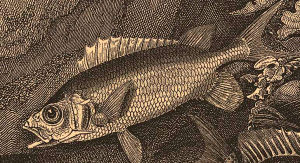 Wilson credits writer Tony Hiss with the phrase Half-Earth. “Wilson recently calculated that the only way humanity could stave off a mass extinction crisis, as devastating as the one that killed the dinosaurs 65 million years ago, would be to set aside half the planet as permanently protected areas for the ten million other species,” writes Hiss in a 2014 Smithsonian article. “A version of this idea has been in circulation among conservationists for some time.” Wilson told him:

It’s been in my mind for years that people haven’t been thinking big enough—even conservationists. Half Earth is the goal, but it’s how we get there, and whether we can come up with a system of wild landscapes we can hang onto. I see a chain of uninterrupted corridors forming, with twists and turns, some of them opening up to become wide enough to accommodate national biodiversity parks, a new kind of park that won’t let species vanish.

Wilson’s book is short on exactly how to go about setting aside this half earth. But so was President Kennedy’s announcement of putting a person on the moon in a decade. It’s hard to even imagine the social and economic disruptions it would take. But if his case is even close to being true, and I can’t think of any no reason to doubt it, we’ve got to start figuring it out. The questions is it realistic? and is it possible? are dwarfed by what happens if we don’t?

Ambitious goals can transform the world and about the value of bold, audacious goal setting.

Article and short video on Anthropocene in The Smithsonian

Art from Wikimedia commons: Engraved illustrations from Iconographic Encyclopedia of Science, Literature and Art, Published in 1851

View all posts by Tom Peterson →
The Yin and Yang of Growing Your Cause
Haircutters who also have your back!