By Tom Peterson on January 2, 2018 in nonprofit growth, Nonprofit Innovation 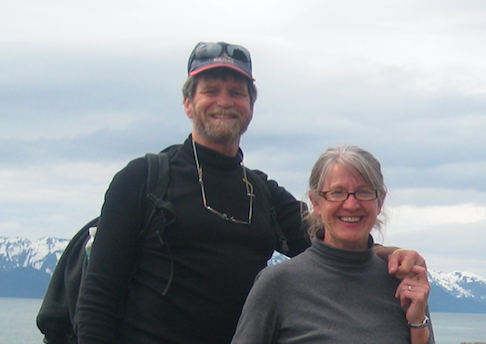 Randy Salzman, seen here with co-author and wife Jeanne Liedtka, is a journalist and former communications professor at the University of Virginia. Along with Liedka and Daisy Azer, he is co-author of the recently published Design Thinking for the Greater Good: Innovation in the Social Sector.

It’s a process that we hope will lead to cultural change in how people address problems. Design thinkers explore deeply, emphasize continually, ideate rapidly, prototype simply, and iterate constantly. We hope that we see more businesses, but especially non-profits and governments, get away from the command-and-control system that most of them have to this approach.

As a strategist Jeanne Liedtka, at the Darden Business School at the University of Virginia, has learned that the quantitative way that most strategy is devised within an organization prevents that organization from truly understanding the human customer, the human client, the human stakeholder, the human employee. Because of that, as we got deeper and deeper into this qualitative analysis, our professional silos over basically 500 years have gotten tighter and tighter—when the real issues are at the margins of the silos. 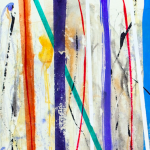 A lot of people call those wicked problems. How do you deal with them? A wicked problem is where every time you go to solve it, you change the definition of the problem. If you try to solve everything inside a silo, you create issues in other silos, which then will affect your own. So, the multi-disciplinary, multi-silo approach is a huge aspect of design-thinking. But it’s primarily about understanding the human animal and recognizing, as behavioral economists do, that they do not act within this standard theory of economics as a rational actor. We act, as human beings, in an entirely different way. We act by rules of thumb; most of the things that really cause us to act don’t require any thinking like the rational actor theory does.

Design thinking came out of some work in the sixties and seventies and you have the different approaches of organizations like IDEO and MIT’s Sloan School of Management. Can you talk about your approach?

First, there’s not a way to specifically solve those problems, and certainly not before you begin the process of attempting to solve them. That’s the iteration process, which IDEO, and Sloan, and everybody else, including us, talk about. Our methodology is specific for a specific reason. The 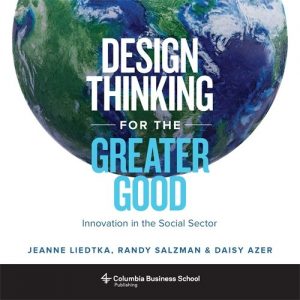 vast majority of design-thinkers don’t really think about what they do. They just do it because it’s natural to them. Tim Ogilvie and Jeanne Liedtka put this methodology together for people who don’t think of themselves as creative. It allows them to go through this process of coming up with solutions and testing them before they put in serious money and resources.

The four questions are: What is? What if? What wows? What works?

The “What is?” is to explore deeply and empathize continually, to figure out the unarticulated needs and desires of consumers, clients, employees, or stakeholders. We’re going to figure out so much that we can address those needs even if they can’t tell us what they are. That’s where we would spend the most amount of time. Unfortunately, people who try to solve problems generally come in with the answer and try to force the “What is?” concept into an already existing answer. So, we say, “No, stay in the question. Stay in the ‘What Is?’ and figure out as much as you possibly can.”

For “What if?” you take the information you developed in What is? and ask, “If anything were possible, nothing could get in my way, unconstrained, my solution would be x, y, z” until you get 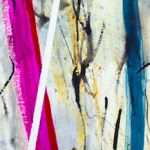 five to ten things. This ensures that we don’t put the constraints before the possibilities. Most organizations put the constraints up first and then look at the possibilities. Then we have a process, called “rapid pitches,” to come up with as many ideas as possible that might address significant chunks of design criteria: “if anything were possible our design would…”

Then, we go to “What wows?” We are in the real world and do have constraints, should we remove this because of this constraint? Does this constraint destroy this solution, or mangle, or assist this idea?

From there, we go to “What works?” where we do little real-world experiments, which we call learning launches where we’re not trying to sell a product or pilot an idea, we’re trying to learn if the assumptions that we had to make to come up with the “What if?” and the “What wows?” questions are realistic. We address the assumptions we brought with us before we ask an organization to put serious money or serious resources behind an idea.

These four are the big picture. Underneath that are 15 steps, which are designed for those who don’t think of themselves as creative but who actually are. It helps them go through the messy process of being creative because they can check-off a box, “I don’t know if I did it right, but I’ve done Step 6.” We don’t expect that everybody will need those steps, but it helps them take the chance with others – collaborative creativity – to come-up with ideas that can address the wicked problems.

Then, as long as we don’t put a ton of money behind things and we don’t say we’re going to move the big needle, we then allow them to test those ideas and iterate towards better ideas by building on that. Because of the way corporate, non-profit, and governmental bureaucracy have built themselves those who are scared to be creative are generally those in mid-to-upper-level management and they don’t want to be found-out that they’re not creative. The 15 Steps allow people to take chances. 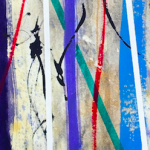 Those 15 steps are not only spelled out but there are also exercises in the book, Designing for Growth Field Book.

Designing for Growth Field Book is the how-to. Design-Thinking for the Greater Good is the “why”—why an organization should consider adding design-thinking to their problem-solving toolkits.

So you’re giving away all your secrets.

Yes, we’re about helping people and organizations realize that this core competency in thinking creatively can help them address some of the problems that have bedeviled them and society, in some cases, for generations.

Can you tell us of a group that used design-thinking and came out with something that made a difference? 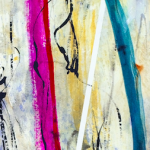 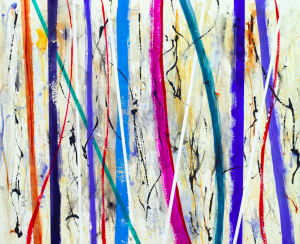 What portion of the 10 case studies in the book were processes lead by professional facilitators versus a local champion who had figured it out?

I’d say roughly half were helped by design-thinking agencies and half were just totally on their own.

Do you go into a design thinking process hoping to come up with some breakthrough idea or are you looking for incremental change?

Everybody likes to talk about the big breakthrough ideas, but the vast majority of change in the world is small and incremental. So we like to say it’s both. Yes, if anything were possible – big breakthrough. That’s what it’s all about. In our methodology — in the “What works?” especially, but also in the “What wows?” — seeing what constraints exist, we beg people to tell us the bad news. Why does this not work? If you hear the bad news, you can adapt. You can say, “Not the time for this,” you can shelve the idea completely.

Mind Maps: When, why, how… to use them

View all posts by Tom Peterson →
Community of Cause: shared purpose and commitment
Pick your friends: why it matters