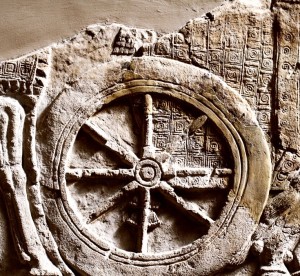 “Don’t reinvent the wheel,” we’re told. Don’t waste time re-creating something already created. Someone else has gone through the trouble to invent almost anything we use. We didn’t invent soap, the dog leash or the smart phone or the custom of saying “You’re welcome” when someone thanks us. But we use them all. Not reinventing the wheel is usually good advice.

Sometimes it’s not. It implies that once the wheel was first “invented” (some 5,500 years ago) it didn’t need to be done again. But it has been reinvented thousands of times for countless purposes. We don’t drive 70 mph on wooden oxcart wheels. People can lift tons with pulleys when grooves are added to wheels. Toothed wheels became gears that run massive machines or intricate watches. In an answer to the Eiffel Tower, George Ferris invented the Ferris wheel for the 1893 Chicago World’s Fair. The wheel is constantly made over, adapted for new opportunities.

Has the wheel you need already been invented? As you work on your particular challenge take a good look around. Who’s trying to tackle a similar problem? Sometimes what’s needed in your town is what’s working in a town down the road. Just borrow the proven idea and adjust it to fit your particular needs. What are they doing that works? What changes would you have to make to fit your situation? When you borrow and adjust someone else’s development you save a lot of start-up energy and you already have a sense of how well it will work. 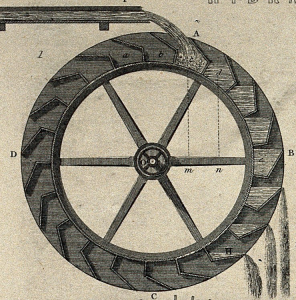 Mashups are one way to meet your need by borrowing. Combine a couple of things to create the new. In the 1980s a friend in Atlanta mashed together a soup kitchen for homeless people with a more intimate waiter and menu restaurant. The patrons in the Café 458 program received counseling and other services along with meals served with dignity. While the program still exists, I’m sure it has itself been reinvented a few times.

I’m a big believer in iteration, in constantly making your program or product better. Over time you create the flywheel effect that, like a giant wheel keeps spinning faster and faster if you continue to push on it with new tweaks, new improvements. I led an effort that raised hundreds of millions of dollars for a nonprofit based on that concept. We didn’t reinvent the wheel, but we kept reinventing the one we had.

Meanwhile, we were always hoping to create a new wheel—whether for programs or for support—always on the lookout for that new breakthrough idea. New wheels disrupt. They offer game-changing opportunities. Maybe no one has yet invented what you need to best meet your challenge.

How do you get breakthrough ideas? That’s a question for another day. But let this thought from Wangari Maathai suffice: “Unless you are struggling with finding an answer, there is a guarantee that you won’t find it. Your contribution will be minimal.”

View all posts by Tom Peterson →
A borrowed IDea for undocumented people
Before I Die: How Ideas Spread