By Tom Peterson on September 5, 2016 in Social Change, world changing 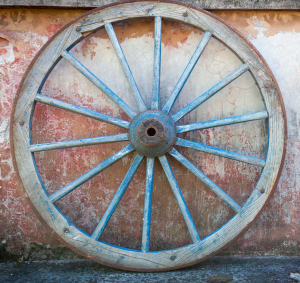 In 1692 Martha Carrier was accused in Salem, Massachusetts, of being a witch. She was married, the mother of four, a farmer. Why was she targeted? Though her family was poor, there was jealousy over some land she had inherited. A neighbor blamed Carrier that his “well-kept cow, which without any known cause quickly fell down and died.” This could be explained only through witchery. She was also blamed for a smallpox outbreak that killed her father, brothers and two of her children. Some think she was targeted because her uncle, a pastor in Andover, a town near Salem, had condemned the witch trials. Some think it was because she was an outspoken, independent woman. 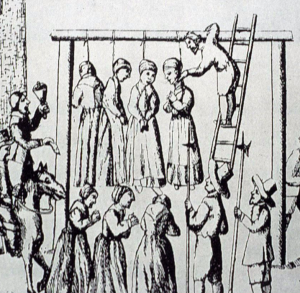 For whatever reason, Carrier was accused and imprisoned. In her trial, the Reverend Cotton Mather said, “This rampant hag, Martha Carrier, was the person of whom the confessions of the witches and of her own children, among the rest, agreed that the devil had promised her she should be Queen of Hell.”

On August 19, she was hanged. She was one of 20 victims executed that year by hysterical Puritans. Countless others suffered in various ways. Her four children were also accused, jailed and tortured, including young Thomas. Had Thomas not been released I wouldn’t be writing this, as Martha Carrier was my great-to-the-ninth grandmother. (By the way, NPR did a story on the descendants of those executed, around 100 million, so you may be one too.)

Meanwhile, across the Atlantic, the Catholic Church’s Spanish Inquisition was torturing and killing tens of thousands of Jews, Muslims, Protestants and Rationalists.

Of course, the inquisition and the Salem witch trials had little to do with God and everything to do with religious extremism. Unfortunately, these long dark religious shadows are still with us. Simply look at today’s headlines. People around the world are being manipulated, cheated, abused, tortured or killed—all in the name of God. Religion as a force of evil is the ultimate irony.

But religion can also be a force of great social progress. For example, the faith community has played a pivotal role in most social movements in U.S. history: ending slavery, anti-child labor and civil rights.

The Religion Wheel: Hub and Spokes

So how can the same religion be at the same time both good and bad?

Picture a wheel with many spokes. Each spoke represents a different religion—Christianity, Islam, Hinduism, Buddhism, Taoism, and the many variations.

How many variations? Counting denominations, branches, sects, there are tens of thousands unique groups. Most spun off in some disagreement from a parent religion. Christianity alone has thousands: all kinds of Catholics, Protestants, Evangelicals, Mormons, Pentecostals and so on. Islam, Buddhism, Hinduism, Judaism and the rest have many branches, too. Add in animism, Wicca, New Age, humanism, atheism, and the many other isms. 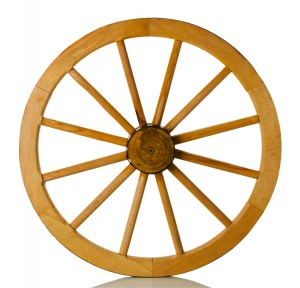 At the wheel’s hub all the spokes come together. In that center are love, compassion, justice, truth, connectedness, harmony, peace, freedom, equality, dignity, hope, wonder, beauty and joy. The pure ideals. The qualities that inspire human life at its best.

At the center of the wheel, where each spoke is near the others, followers of a religion see these universal ideals in their fellow humans, even those who are different from them. Gandhi got that. Asked if he was a Hindu, he replied, “Yes I am. I am also a Christian, a Muslim, a Buddhist and a Jew.” “Religions are not for separating men from one another; they are meant to bind them,” he also said.

At its best, a religion inspires us to connect with the highest universal ideals and possibilities. Whatever our religion, the closer we are to that center, the more we connect to others in a true and powerful way. We see the dignity and worth in each person.

Out the spoke: fundamentalism and religious extremism

But as you follow each religion’s spoke outward, away from the noble hub, connections begin to be lost. There’s less harmony. Less equality. Less beauty. Truth gets skewed, some people bend the religion for their own gain and are elevated above others. Some freedoms begin to be lost, the seeds of disunity are sown.

You hear that this way of belief is the only true way. All others are false. And you’ll see things that don’t make sense: a distrust or outright rejection of science, televangelists who live in mansions and fly in private jets funded by susceptible and often limited-income viewers, religious leaders who look the other way while priests sexually abuse children. Entire groups, especially women, have fewer rights.

Travel out far on any spoke and you’ll likely hit fundamentalism, a form of religion (or other belief system) that stresses strict adherence to a certain scripture or principles. Not every religion makes it out this far, but all have the potential. Fundamentalists have a rigid intolerance of other’s views. Insisting that average followers aren’t capable of reading and interpreting sacred texts, fundamentalist priests claim to know what these texts, written so long ago, mean in the current context.

“Fundamentalists of all kinds are on the ascendant around the globe today,” say Robert Moore and Douglas Gillette write in The Magician Within:

The priests (usually an elite group of males) often join with those who dominate a society. They guide and control belief systems that support the political and financial powers. In societies with limited rights, great poverty, with high wealth inequity you’ll often find a strong religious base that conserves traditional values and upholds existing structures. Here religion can be, in fact, the opiate of the masses.

“The further a society drifts from the truth, the more it will hate those that speak it,” said George Orwell. This is true even when it takes the form of fiction, as Salman Rushdie found out as he published works that spoke to the powers of several nations. The culmination came after Rushdie published his novel The Satanic Verses, and the Ayatollah Khomeini issued fatwa, ordering Muslims to kill him. But even as fundamentalists are the bad actors, they intentionally twist their message, shifting the truth, says Rushdie: 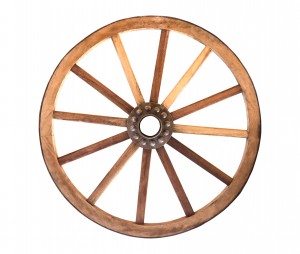 By time you get to the outer rim you find intolerance and hatred of any other religion or ism. This has nothing to do with God. Despots will have turned their version of a religion into a power base, forcibly trying to spread their “true” religion. Resist at your own peril.

The outer rim is where you’ll find not only lies but also holy wars: Muslim versus Jew, Catholic versus Protestants, Hindu versus Muslim, Sunni versus the Shia. Animus against anyone who doesn’t drink the same Kool-Aid. Tens of millions have been sent to fight wars for this or that God. No one could count all of the religious conflicts, bombings, persecutions, deaths carried out in the name of God. Rim religions are at war with other religions and pretty much anyone else.

That’s what happened to Martha Carrier in Salem.

So that’s the religious wheel, with many spokes that run from the sublime to the abhorrent.

Watch out for over-simplifications in news stories about a religion. In the real world, all kinds of stuff swirls around that simple word religion: culture, family, traditions, values, politics, spirituality, worldview.

And don’t write off the good people of faith because of the cruel and crazies who also wear their emblems. Good people of faith are simultaneously motivated by something both deep within and far beyond themselves. Many times we’ve seen faith communities step into situations where others simply don’t give a damn. We’ve seen them heal and comfort the suffering, stand up to injustice, greed, abuse of power around the world. We’ve seen them at the heart of powerful social change, fighting for human rights and dignity.

Yes, many in the American church embraced slavery, the genocide and displacement of Native Americans, Jim Crow, imperialistic wars and ventures. But congregations have also served as prophetic voices for justice and a foundation for positive change. The abolitionist movement was fueled by the faith community. The Social Gospel movement of the early twentieth century focused on social justice issues such as poverty, economic equality, racism, education, public health and child labor. This religious wing of the progressive movement played a powerful role in many reforms. Its impact was later felt in the civil rights movement where faith groups also played a pivotal role. The liberation theology movement in Latin America unleashed many social reforms that helped the most vulnerable.

I’ll bet that most nonprofit organizations providing social services in your community began out of a faith conversation. The hospitals, the Y’s (the C is for Christian), the ones helping homeless people or providing after-school programs for low-income children, the ones advocating for legislation to protect and improve the lot of the most vulnerable.

Driven by deep caring and scriptural mandates (found in every major religion) to love your neighbor, the faith community around the world has long been at work making life better for all.

If you enjoyed the Religion Wheel, you may also like:

Take on the ogres that block progress

Know your purpose in life

One Response to The Religion Wheel: How is “religion” both good and bad?