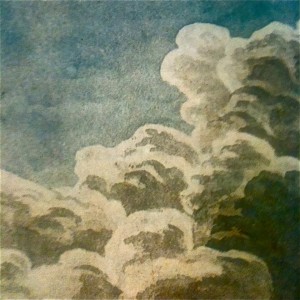 It’s easier to notice something gone wrong—poor restaurant service, a political misstep, a bad situation at work—than something going really right. Perhaps bad is just more interesting. But what if we focused more on the things that are working? The silver linings?

They’re called positive deviance, bright spots, appreciative inquiry, things gone right (TGR). While perhaps different in the details, these approaches to change share a core idea: instead of fixating on (then trying to fix) problems, look for what’s going well and build on that. Or as the old song goes, You’ve Got to Ac-cent-tchu-ate the Positive.

The classic example (told in the Heath Brothers’ Switch, Andresen’s Robin Hood Marketing, Fast Company, and the Positive Deviance site) involves Jerry Sternin, who in 1990 went to Vietnam for Save the Children. He was given just six months to create a program that addressed inadequate diets of children (in villages 65 percent were malnourished). (Case study here.)

Using the positive deviance model, the team surveyed the health of the children in the targeted villages and found some “very very poor children” who were well nourished—positive deviants. They delved deeper with six families and found that parents were gathering small shrimps, snails or crabs in the rice paddies and adding them, along with greens, to the same meal other children ate. These “deviant” families also fed their children three or four times a day instead of the traditional two. Yet these simple (and free) practices were available to all families.

Like positive deviance, rather than focusing on an organization’s problems, appreciative inquiry ferrets out what’s going well. It  asks, how can we build on this? Appreciative Inquiry’s website tells us it began in 1980 when 24-year-old doctoral student David Cooperider was studying organizational behavior the Cleveland Clinic. Influenced by Albert Schweitzer’s concept of Reverence for Life, Cooperrider focused his analysis on the life-giving aspects of the clinic. The approach gained traction and by the 1990s practitioners were working with governments, corporations and nonprofit organizations. You can find a nice video overview here.

As you create your strategies, look to these models. You’d be amazed at how often when you ask, “Is there something positive that surprised you?” a kernel emerges that shows a great path forward.

You may also enjoy Wow Project!