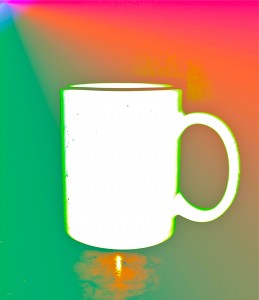 I was recently in a conversation where this piece I wrote years ago came up. It was first published in World Ark, a magazine I started in the early nineties. I said I’d re-share it. No longer small, Eliot is taller than me, so this is becoming more his world than mine. Since this was written, we’ve elected our first black president, Arab spring has begun, and miracles continue.

Not long ago, on a Saturday morning, I took my young son Eliot for breakfast. We went to a small café across from the city zoo. While you couldn’t see much from the window, we knew that the bears lived in the caves just beyond the trees. And every so often, the zoo train chugged by on its rambling path around the property.

But it was what was in the café that caught my attention.

For at the very next table were another father and son having breakfast together. And they were African-American. Yet they were eating alongside whites, without fear of being arrested, harassed or attacked.

As I looked around, contemplating this, I saw that all the other patrons seemed to be able to read their menus. They had all gone to school, most of them for free. In fact, just a few blocks past the zoo was a library where anyone could borrow books—at no charge.

Our waitress—along with the cooks and dishwashers—was guaranteed to make at least a certain amount of money. Remarkably, no children were allowed to work there. The owner was required by law to set reasonable working hours and provide safe conditions. The kitchen, which we could see through a swinging door, was clean and bright. A whole system had been set up to protect the building from fires.

Eliot ordered pancakes and I ordered an omelet. The waitress placed two glasses of water on the table, and we drank from them without worrying that we would get sick from some unseen microbe. Before the food arrived, Eliot went to wash his hands. The café had restrooms with clean running water, and a system under the streets carried off the waste. No one in the café worried about dysentery, cholera or, for that matter, bubonic plague, polio, smallpox, diphtheria or a host of other killer diseases.

Many people in the café had just voted in a national election. They had been able to actually choose the people who best represented their views and interests, to pick  those who would shape the laws we all agreed to live under. And it wasn’t just the white male property owners who had the right to vote. Women did too, as did every citizen over 18.

And many had gone to places of worship that week. They had hundreds of places to choose from. No law told them which religion to follow. No one in the café paid a tax to support a church.

Two tables over, a family of four was speaking Spanish. They had come from a country south of our border that had recently held an open national election. Next to them, a couple was complaining about some proposed state law. But they didn’t seem worried that anyone would overhear.

I unfolded a newspaper that someone had left on a chair. On the front page was a story about a country that, in its first free election, had elected new officials to replace a long-standing, corrupt administration. Around the world, entire nations were choosing their own governments. And there was a global forum in which countries discussed their differences and their challenges.

The waitress came by with our breakfast. The eggs and vegetables in my omelet were from local farmers, produced without the worst pesticides such as DDT. These harmful pesticides of a few decades before had almost disappeared from use. A few hundred miles to the south, thousands of brown pelicans once again flew in straight lines down the beaches of the Gulf Coast.

Breakfast with my own Dad

Eliot and I talked and ate our breakfast as the zoo train went by a few more times. And it struck me: If I had gone out with my dad when I was Eliot’s age, the scene in the café would have been completely different. I remembered the “Whites Only” water fountains and restrooms. And there would have been scores of other, less obvious differences as well.

Had my dad and his father gone for breakfast when he was a boy, they would have seen an even different picture, one even less inclusive, with fewer opportunities. And when my grandfather was as young as Eliot, accompanied by my great-grandfather, he would have seen almost nothing that Eliot and I saw in the Café of Miracles.

In fact, most of the things that Eliot and I took completely for granted would have been considered impossible in my grandfather’s or great-grandfather’s day. The miracle was how they had come to be considered at all.

Our press (free to speak about anything, by the way) makes much of the golly-gee advances in science and technology. And there is no shortage of amazing things: shrinking computer chips, remarkable medical progress, discoveries of planets orbiting distant stars.

But as we were walking out of the café, my thoughts turned to something just as remarkable: the people I’d met in the Philippines, South Africa, Central America and elsewhere, who had often risked (and a few who had ultimately given) their lives to end poverty in their corner of the world. I thought of the incredible global spread of grassroots democracy and the mushrooming of literally millions of nonprofit organizations working for a better life for all.

My mind wanders back to a quote from Martin Luther King, Jr.: “I have the audacity to believe that people everywhere can have three meals a day for their bodies, education and culture for their minds, and dignity, equality and freedom for their spirits.”

These are not easy times—but times have never been easy. They weren’t for my father or my grandfather or my great-grandfather. And in the last few years we, even in the rich and powerful nation that is the United States, have seen much to break our hearts. But we have also seen much that, if we’ll only pause to consider, can fill our hearts to bursting with hope.