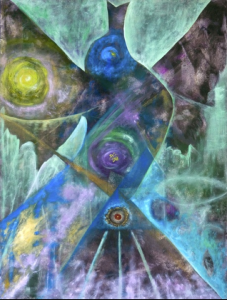 Seven years ago Methodist Le Bonheur Healthcare in the heart of Memphis struggled with how to bring better health to the underserved. Their first thoughts were, who else would want to make this happen? Were there any potential strategic partners? They looked to see what assets were available in the areas with the worst health issues. They couldn’t help but notice a small church on almost every corner. And many of their patients were connected to those congregations. So they worked with local pastors to develop the Congregational Health Network, CHN. 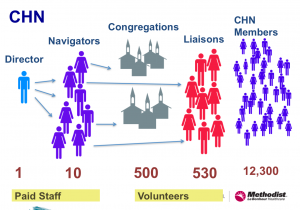 Today the CHN is a partnership between Methodist and more than 500 congregations, mostly in low-income neighborhoods but also spreading into the surrounding region. Each congregation has one or more volunteers, called liaisons, who undergo a training program that’s intense enough to give them college credit. These hundreds of liaisons accompany patients from their congregations or neighborhoods. After they’ve left the hospital, liaisons check in with them in their homes, get them to doctor’s appointments, make sure they have their medicines and help with daily needs.

billable costs for Methodist. And, of course, healthier people! All because two very different partners said, “What if we work together?”

The innovation and results of this largest hospital/congregation partnership in the nation have caught the attention of the White House, HHS and others. Methodist Le Bonheur hosts frequent workshops for hospitals from around the country on how to adapt the “Memphis Model.”

First, if you’re trying to create social change, working on any worthwhile cause, it has to be more than you can handle. So find a partner to share the burden, two are stronger than one. Partners also bring to the effort assets you don’t have, creating greater possibility. Most exciting, the chemical reaction of the different agents often creates some entirely new, unanticipated result that takes the work to a higher level. 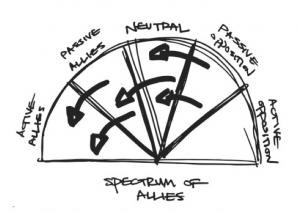 How about a retirement center and a school? In The Element Ken Robinson tells of a retirement center owner in Jenks, Oklahoma, who offered help kids in the elementary school across the street. The school district agreed. Together they set up a preschool/kindergarten glass-walled classroom in the lobby of the retirement center. The program paired an elderly resident with a child for one-on-one activities where each reads in turn.

Strategic partnership between public health officials and hair salons to save lives by tactfully pre-screening for skin cancer.

The “Save the Crabs, Then Eat ‘Em” campaign joins environmentalists, lawn care companies, and restaurants and bars to save the Chesapeake Bay.

The Movement is Nested and Crossed. Thunderhead Works.

“The maneuver which brings an ally into the field is as serviceable as that which wins a great battle.” —Winston Churchill