With a career spanning four decades, Peterson is a respected leader in nonprofit strategy, marketing, branding and innovation. Under his leadership, Heifer International’s annual marketing revenue grew from $3 million in 1992 to $90 million in 2008. This made Heifer one of the nation’s fastest growing nonprofits. Depending on how you count it, between $850 million and $1 billion came from this effort. Many online, direct mail, public relations, branding and communications programs Peterson led have been imitated in the industry.

Peterson and team turned a low-performing direct mail piece—the Gift Catalog that Heifer innovated—into a program that is copied worldwide and featured in fundraising seminars and books. In naming Heifer the nonprofit of the year the Direct Marketing Association said, “Heifer International has fundamentally redefined direct response humanitarian relief fundraising.” Under Peterson, Heifer was one of the first nonprofits to raise serious funds online—two years raising more online than any nonprofit—and is often among the top ten. 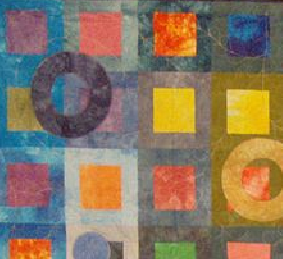 The brand program Tom Peterson led re-focused on the positive impact of empowering people. While unknown in the 1990s, a 2010 Harris poll found Heifer among the 10 most trusted U.S. charities and the 10 most likely to receive a donation. Peterson created World Ark, a profitable 400,000-circulation magazine and led the communications team that developed top quality publications and videos.

Peterson teaches a graduate-level class on Marketing for Nonprofits and Social Change at the Clinton School of Public Service in Little Rock. Among other activities, he currently manages the communications efforts for Stakeholder Health, a national learning collaborative of health systems working with the most vulnerable in their communities. He served as managing editor of American City and County magazine and was president of Global Ink, an agency whose clients included UNICEF, UNIDO, Helen Keller International, Bread for the World, and The Carter Center. He served nine years as associate editor and editor of Seeds, a magazine about U.S. and world hunger, is the author of dozens of articles and has made hundreds of presentations.

Tom Peterson holds a B.A. with honors in Philosophy from the University of Texas and a Master of Divinity from Austin Presbyterian Theological Seminary.

Along the way, Peterson and the teams he led have won some awards, including: