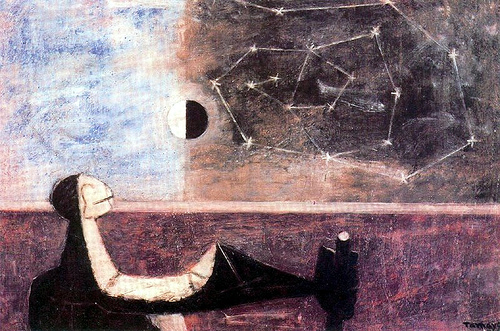 They used sticky notes to visualize the network. Staff members were at the core of the map. He asked each staff person to add a sticky note with the name of a “go to person” for this issue for their group and location. This became the next “ring” of sticky notes. They discussed

any common contacts, and if the two staff shared the same contact were aware of it, and if they have a coordinated “relationship strategy” for that contact ala a triad approach.

Look at your network, you may be only a few connections away from the president. But this connection is trivial not only because we don’t have a relationship but we’re also not in the same field. How you can use your few degrees of separation to work for your organization?

Read Keith Ferrazzi’s book, Never Eat Alone, on networking and building relationships one a time. And here’s a bit of Ferrazzi’s thinking in a Fast Company column.

Stephen Bailey works at Heifer International and is graduate of the Clinton School of Public Service. His interests include producing documentary films and developing creative campaigns that address social issues. 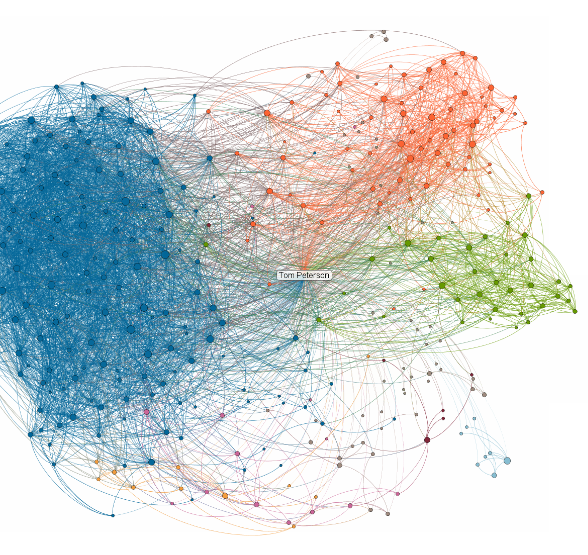 The LinkedIn mapping program will show all your connections as dots linked by hundreds lines. Each is placed on the map and color-coded according to who else in your network they know.

To learn more, go to LinkedIn’s map overview page, or to set your up go straight to the create my LinkedIn Map page.

When you activate the map, you’ll see what your network looks like. You can drill down a bit: It’s one thing to note in LinkedIn that you have a couple of shared connections with Joe. It’s another thing to click on Joe’s dot and see who they are and what shared connections you have with them. And who else in your network he knows. You may also get insight into where you want to focus future networking.

By the way, you should connect only with people you know, and preferably those with whom you plan to have some future dealings.