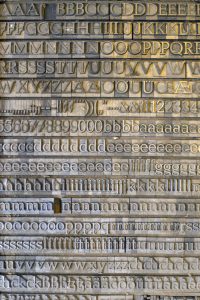 “Give me twenty-six lead soldiers and I will conquer the world.”

What is the most powerful human force? Some say it’s reason, some say love, some say cooperation. They all depend on communication. So does your cause. Having a great message is not enough, you also need a way to get that message to your audience.

“Give me twenty-six lead soldiers and I will conquer the world.” Referring to the lead type of bygone days, this quote about power of the printed word has been attributed to both Benjamin Franklin and Karl Marx. And through their writing each of them has made serious dents on our history.

Franklin co-authored the Declaration of Independence, setting the idea of democracy on a path that is still changing the world. But he also popularized what has become a $10 billion industry: self-improvement. At age 20, he published his 13 Virtues, beginning with Temperance: “Eat not to dullness; drink not to elevation.” And while he didn’t always live by his own advice, he never stopped publishing it.

In 1848 Karl Marx, along with Fredrich Engels, published the Communist Manifesto. And over the next few generations their ideas (however mangled) did, in fact, conquer about half of the world. 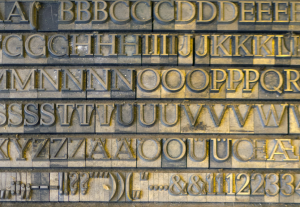 The power of an alphabet army formed into compelling ideas is without limit. From marine biologist Rachel Carson, who launched an environmental movement with her book Silent Spring, to thousands of citizens leaning into social media to launch Arab Spring, people communicating their thoughts, passions, concerns are changing our world.

Tell your stories, present your case. Call us to action through books, online articles, speeches, songs and poetry, plays, television, movies, blogs. Each of us has a unique voice that the world needs.

The Power of Stories
People of Heart