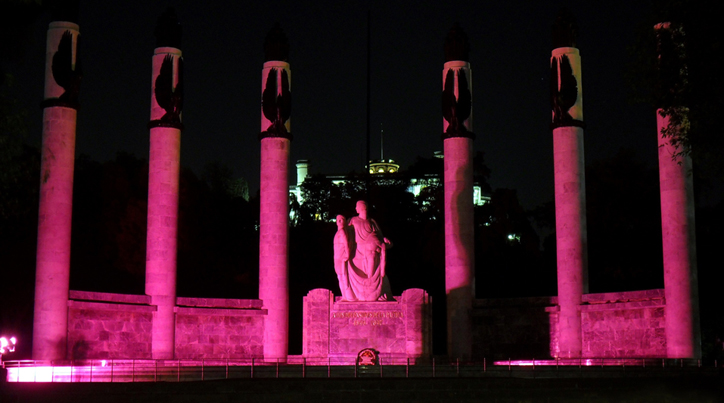 For a dozen years, the Breast Cancer Awareness Campaign has lit buildings, monuments, bridges around the world to illuminate the importance of breast health. See photos of the pink lit global landmarks that remind millions of the importance of early detection. The campaign points out that there is one chance in eight of a woman having invasive breast cancer some time during her life. In women whose breast cancer is diagnosed at an early stage and is localized, 90% survive more than 5 years, says the campaign.