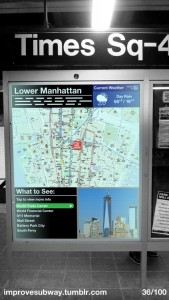 100 Ways to Improve the NYC Subway. On his Tumblr site, he announced: “For the next 100 Days, I will propose various improvements to the New York City Subway, which in 2012 had 1.6 billion riders, and should be seen as the best subway in the country, if not the world. I’ll be exploring various ideas, from UX, Environmental, Co-Branding, Audio/Visual, and more, including potential interviews with MTA employees.”

Randy Gregory describes himself as “finishing my Masters in Branding at the School of Visual Arts, located in Manhattan… incredibly passionate about many things, including but not limited to innovation, experience,  homebrewing, nerd culture, branding, graphic design, dumplings, and much more.”

This project is certain to brand Randy Gregory, as well as provide some great ideas and conversations about New York’s subway system. Some would cost billions, while others are almost free. And some will certainly become reality. Before he’s even finished, Gregory has been invited to present his findings and has been featured in publications and blogs.

Generating and illustrating 100 ideas is ambitious. Some are suggestions from the following Randy Gregory is gathering. Time spent in the BART system of San Francisco created more. Here are some of Randy Gregory’s 100 ways to improve the NYC subway: 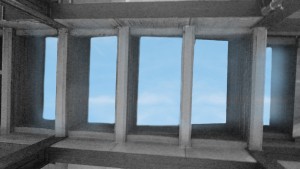 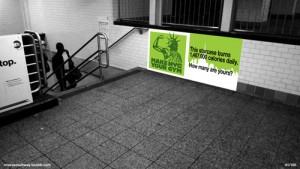 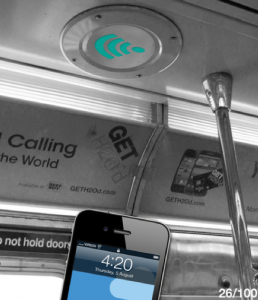 Committing to this ambitious project, has turned Gregory into an expert. The Big Question: Where would you like to improve your expertise?

A Room with a View
Nonprofit Helps: Citi Bikes, Crowdfunding