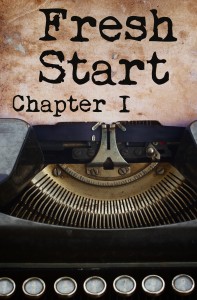 “You’re under no obligation to be the same person you were 5 minutes ago.” – Alan Watts

Do you feel stuck, that things just aren’t working? It may be that you simply need some time off to get some distance. You may want to talk through your goals and dreams with a friend. Like an electronic gadget, you may find that you simply needed to unplug and plug back in for a quick reboot. And you’re off and running again. But it could be more. What you’re doing may be dead end. Maintaining the current course may be riskier than changing course. You may need to make a fresh start.

Back to the drawing board

Wouldn’t would be great if Plan A always led to success? Of course, no person or group gets it right every time. At some point, you’ll realize the time and resources you’re putting into an effort are not getting results. Take heart, it’s been pointed out that if Plan A doesn’t work, the alphabet has 25 more letters. An unsuccessful “A” can be seen as a new opportunity.

Starting over often means going to back to the drawing board. In her junior year at Harvard, Jessica Matthews had a class assignment: identify a need and then come up with a solution that included both art and science. Matthews and three other women formed a project team. Upon hearing their first idea about mobile health records, recalls Matthews, “our professor said, Meh!” Fortunately, they weren’t deep into their work, but they still had to come up with another concept. “So we locked ourselves in a room and started throwing out ideas.” 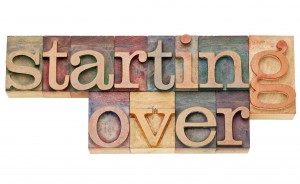 Although none of them had an engineering background, they thought of the quarter of the world’s people who don’t have reliable electricity. They decided to start with something people already enjoy, like soccer. Could a kicked ball capture kinetic energy and solve a power need? Armed with just high school physics, and told by engineers it wouldn’t work, the students persisted. They built a prototype, a soccer ball that is a portable generator — 30 minutes of play could power a LED light for three hours. Their “sOccket ball” worked well enough to pass the course. Encouraged, they later developed a better version and tested it in South Africa. For the kids, having a soccer ball that created power was like magic. As a result of starting over, the team developed a winner. Matthews went on to co-found Uncharted Play, an organization that combines solving world problems and having fun.

If you’re worried about shutting something down, it’s probably bigger than a school assignment. Peanuts cartoonist Charles Schulz once remarked, “Sometimes I lie awake at night, and I ask, ‘Where have I gone wrong?’ Then a voice says to me, ‘This is going to take more than one night.’” When we have sleepless nights like these, it may be time for a new beginning. But if you’ve invested in something, even when it’s floundering, it’s hard to let go. Changing course is seldom easy, it can evoke a range of emotions from fear to anticipation.

Here are some common reasons to hit the reset button:

Replace it with something better

In 1957 a couple of 15-year-old Queens, New York, high school students recorded a doo-wop song “Hey Schoolgirl.” Their promoter had convinced them to call themselves “Tom and Jerry” after the popular cat and mouse cartoon characters. The song was a hit; it sold 100,000 copies, reaching 49 on the Billboard list. It even landed Tom and Jerry a television appearance on Dick Clark’s American Bandstand. In the following years the two — both as a duo and as individuals — recorded more songs hoping for another hit, but without success. A few years later Tom, whose real name was Paul Simon, began hanging out and singing in the burgeoning folk scene of Greenwich Village where singers like Bob Dylan and Joan Baez were finding their voices. 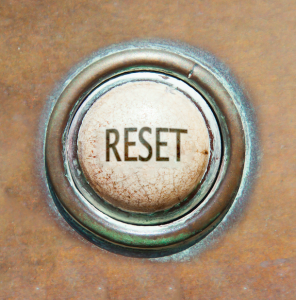 In 1964 Simon reunited with his old high school friend, Art, and under the name Simon and Garfunkel, signed with Columbia Records to make an album of the folk songs. The next year, almost a decade after “Hey Schoolgirl,” their single “Sounds of Silence” hit the number one spot on Billboard’s chart. Their music careers went on to succeed beyond their Tom-and-Jerry imaginations. Then in 1970 the duo split and Paul Simon reinvented himself again, this time as a solo artist. His ever creative music is known for reaching into new territory, often incorporating influences from different cultures: Jamaica, South Africa, Brazil, New Orleans.

Sometimes you just need to change your approach. “We must be willing to get rid of the life we’ve planned, so as to have the life that is waiting for us,” said Joseph Campbell. “The old skin has to be shed before the new one can come.”

If you’re restarting, learn from your current situation and why you need to change. Ask some people you trust to help you understand why the original path isn’t working. Decide what to abandon and what can be fixed or adjusted and is worth keeping. Honor the good that came from the first approach. Did you develop some relationships, learn some new skills, discover something about yourself? Find a way to say goodbye and signal the shift.

A place of greater promise

In restarting you create either a different goal or a different way to get to the original goal. Either way, you’ll need to re-envision the future you want lay out a new plan to get there. How will you reboot? What do you need to let go of? What tough decisions do you need to make? Sometimes an abrupt hard stop, a clean break, can send a clear signal to yourself and others that the old way is no longer in play. Other times there may be good reasons to gradually ease from the old to the new. Either way, you shift your energy and resources from the old to the new. 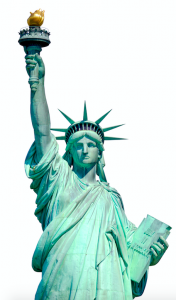 The Statue of Liberty stands as a great symbol for the restart. From 1892 to 1954, the 12 million people who came through the immigration inspection center on nearby Ellis Island found her inspiration. Many were tired, poor,  yearning to be free, “homeless, tempest-tossed.” For different reasons, immigrants then and today are dissatisfied with their current situation. Often, their very lives are at stake. They weigh the costs of a new beginning and then take the risk. They leave the old familiar country to trek across the land or to board a boat or a plane. Often heroically, they leave the place that’s not working to reach a new place of greater promise. When you restart, you leave behind the old and embark on a journey that promises more. Like immigrants, you may be able to bring important assets with you. But sometimes you have to cut your losses and leave everything behind.

Anyone who makes progress, any group that’s doing great work has had to restart, probably many times. We joke that we take “two steps forward, one step back.” It’s part of the natural rhythm of growth like the seasons, death and rebirth. We let go of one way and start over with the promise a new and better way.

View all posts by Tom Peterson →
Haircutters who also have your back!
Marketing Exchange: What they really need