By Tom Peterson on August 21, 2014 in Innovation, Social Change 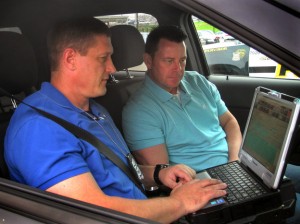 I love it when people take the time to truly question an obviously broken system. And then look for a better way.

There’s a great story by Jenny Gold on NPR about a Mental Health Squad. The report begins with this sobering fact: ten times many mentally ill people are in jail than in state hospitals. In San Antonio, jails that were once overcrowded are now under capacity, people with mental illness receive better treatment, and the city saves $10 million a year.

How? The Mental Health Squad, a six-person team on San Antonio’s police force that focuses on mental illness-related calls.

“Are you hearing some voices right now? What are the voices telling you?” asks an officer of a young man named Mason who had set a blanket on fire. “In the past,” says Gold, “these guys would have respond to Mason with the same tough-guy command voice they use with criminals, and they often took people like Mason to jail… or the emergency room” where they may wait 12 hours. Says the report:

People who commit a felony still go to jail, regardless of their mental status. And those who need extensive medical care are taken to the hospital.

But for patients like Mason, San Antonio built another option: the Restoration Center, a separate facility with a full array of mental and physical health services.

“People who fund these services only look at their little, small piece of the pie and whether there is a return on investment,” says Evans.

So, with the help of a county judge, Evans worked to get the funders together to talk about the money they were all spending on mental health. Once they stopped looking at mental health as an isolated expense, the groups realized they were spending enormous sums of money and offering poor care. Pooling their resources instead, they found, could offer significant savings.

Listen to the entire story here:

View all posts by Tom Peterson →
Repurposed for Good: Rails to Trails
Agency: You Can Go Any Direction You Choose