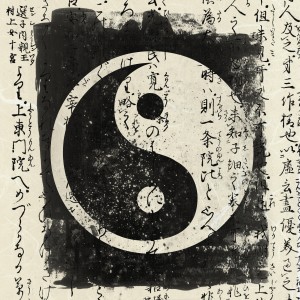 The Yin and Yang of Growing Your Cause: Incremental Improvement and Breakthrough

The best way to grow your nonprofit or cause is to do two seemingly opposite things at once. First, incrementally improve the things— the programs, revenue streams, branding, public relations—that are already working well. Or at least seem to have more potential. Meanwhile constantly and actively look for those breakthrough ideas that can dramatically take you to a new place.

Incrementalism is sometimes criticized for simply producing more of the same, but it can bring powerful progress. The Japanese developed kaizen—it means good change—the idea of continuous improvement. Using kaizen in manufacturing, engineering, quality improvement, assembly and other practices they incrementally made better products. The practice of kaizen took their economy to new heights and pushed U.S. automakers and other manufacturers from their long-time dominance.

The flywheel, described in Jim Collins’s Good to Great is a wonderful metaphor for improvement over the long-haul. Collins asks us to picture a giant “massive metal disk mounted horizontally on an axle, about 30 feet in diameter, two feet thick, and weighing 5,000 pounds. Now your task is to get the flywheel rotating on the axle as fast and long as possible.” It takes a lot of energy, pushing hard, to get it moving a little bit. And after great effort the flywheel makes one rotation. You push again and again to keep it turning. After a while it’s a bit easier, until finally the flywheel seems to spin on its own at a high speed.

Most causes and nonprofits have programs that work. But there’s always a way to make it better. By time that improvement is made you’ve already started on the next one. Growth from incremental improvement can be powerful. I know this personally as it played a big role at Heifer International and how my team there grew our annual marketing revenue from $3 million to $90 million.

They are more likely to come to people and groups who like bees move from flower to flower making zillions of connections with an odd assortment of people. This flurry of conversations and explorations creates a primordial stew from which a solution can emerge. As you participate in vast and diverse networks you are much more likely to find that breakthrough idea. It also comes to those who travel, observe and note how others do things. Howard Schultz came up with the idea for Starbucks when he saw the passion for coffee bars in Italy.

Breakthroughs come to those who are curious about the world, who explore fields unrelated to their own. And they come to the persistent who tinker with possible solutions over time.

Breakthroughs often need quiet time when you mull things over, let notions seep, to listen to your intuition. You may need to take a break from the work—take a vacation, from the Latin vacare, to be empty—to let the creative part of your brain kick in.

There’s a rhythm. Rarely do aha! moments come to a person who works only in isolation. Nor do they come to the one who only frenetically scrambles around for the answer. They come from the combination from the two. You may get a breakthrough idea from a dream or while taking a shower, but it’s usually long after paying homage to the gods of social input and struggling with a problem in many ways over time.

In his book Focus, Daniel Goleman describes this yin/yang in terms of exploitation and exploration:

The mind’s executive, the arbiter of where our focus goes, manages both the concentration that exploitation requires and the open focus that exploration demands.

Exploration means we disengage from a current focus to search for new possibilities, and allows flexibility, discover, and innovation. Exploitation takes sustained focus on what you’re already doing, so you can refine efficiencies and improve performance.

Those who exploit can find a safer path to profits, while those who explore can potentially find a far greater success in the next new thing—thought the risks of failure are greater, and the horizon of payback is further away. Exploitation is the tortoise, exploration the hare.

We all operate with this tension, says Goleman. “The best decision makers are ambidextrous in their balance of the two, knowing when to switch from one to the other.” 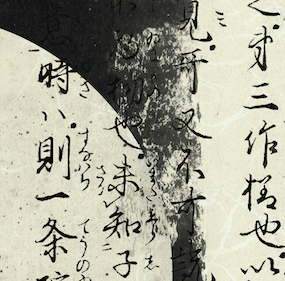 Innovation doesn’t travel a predictable road. If we knew sure-fire methods for innovating, we would long ago have cured the diseases and built space colonies. While there are patterns and things we can do to make innovation more likely, the process is still messy and frustrating yet exhilarating.

Under Steve Jobs, Apple created unparalleled innovation through the combination of breakthrough and steady upgrades. Every few years Apple would disrupt an entire market by launching a game-changing product: the computer industry with the Mac’s intuitive, easy-to-use graphic interface that ordinary people would want in their home; the music industry with the iPod, a small device that stored thousands of songs; and the cell phone industry with the iPhone. All quintessential breakthroughs. Meanwhile, each year devotees swarmed the Apple events to see what improvements had been made on the existing products, to see the next turn of the flywheel.

So innovate for growth. Practice kaizen and flywheel. And at the same time look for that game changing breakthrough. Blend these two and flourish!

View all posts by Tom Peterson →
Audience is Hero
Half Earth: an ambitious goal to save the planet