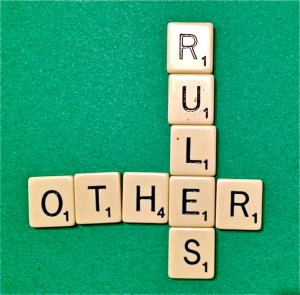 In managing organizations, there are official rules and there are the other rules. The official rules that come in the Scrabble game box tell you how many tiles to draw, that play passes to the left, what “triple letter score” means. How the game works. Without them you couldn’t play. Likewise, nonprofits have official rules. For finance, they tell us how to behave with regard to 501(c)(3) status, payroll taxes, budgets. HR has rules, as do boards of directors, and so on. As with Scrabble, without following these rules, an organization would find itself in chaos and in trouble. (The Foundation Group has a great list of the Dirty (half) Dozen Nonprofit No-Nos.)

The “other rules” are situational. Created to make life more civil for the players, based on what’s going on. Games with my former in-laws are always a blast. Any time the group gathers at the beach or for Christmas a Scrabble board appears. The games are spirited, with passionate people who really want to win. While there are dull moments, dreadfully long dull moments waiting for certain people to play, there are never dull games. One time, my sister-in-law, Lois, felt it might add a bit of civility if she just wrote some rules for us to follow as the situations came up. So, based on her observations, she created a list of Other Rules of Scrabble. Here are some: 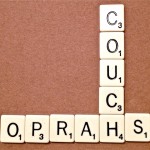 So, in a like manner, we may consider some other rules for nonprofits. Here are a few suggestions to get the conversation going:

Perhaps you can think of some to share, as well. If we will all follow these rules, maybe our efforts will be more civil.