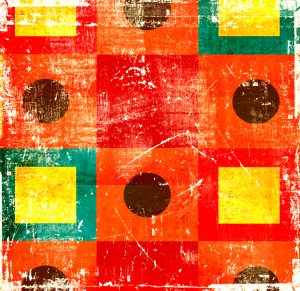 The meek have never changed the world.

If you want to make the world better, give yourself permission to be bold, learn to be audacious. Daring and audacity for their own sake make no sense. But to address today’s urgent challenges half-hearted actions are not enough. Move toward bold goals and seize the opportunities that unexpectedly present themselves. This combination of audacity and world change will also transform your life.

The King of audacity

I once visited the compound in New Delhi where Mahatma Gandhi had lived. I looked into his roped-off room, almost empty, with a spinning wheel, a sleeping mat. It was inspiring just to be there. Later I learned that in 1959 Martin Luther King, Jr. had gone there, too. But his visit was a bit different, as described by historian Vijay Prashad:

He was moved by the space where Gandhi sat, now cordoned off from the public. King wanted to go and sit in the room, among Gandhi’s remaining objects. The Museum’s curator was hesitant, but could not refuse a State guest. King meditated on the floor, where Gandhi once did. Hours went by. The 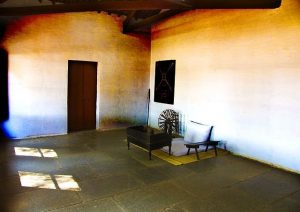 curator asked King’s companions when they planned to leave, since he had to close the Bhavan. King asked if he could stay the night, by himself, and sleep where Gandhi had slept. The curator, once more, had to allow his guest this privilege. King did so, to the discomfort of his friends.

King’s audacious request took his experience to a different level — just like the rest of his life. He embodied audacity in what he dreamt and in how he lived.

10 ways to be audacious

Most of us aren’t naturally bold. Fortunately, audacity is an attitude to be nurtured and a skill that can be learned. Audacity for its own sake is not the point. It’s not about being loud and wearing a large yellow hat to stand out in the crowd (although if you want to do that have fun). But to accomplish anything worth accomplishing you’ll need some audacity. And, as Eudora Welty observed, “All serious daring starts from within.”

To meet the urgent needs of our time, we will need to be audacious, daring. Rosa Parks didn’t have tired feet; she had audacity. So did Benjamin Franklin, Nelson Mandela, Gloria Steinem, Margaret Mead, and pretty much anyone who’s ever made a difference, big or small.

You may also like: Courage Can Change the World

View all posts by Tom Peterson →
Find your community (or create it)
Review: Design Thinking for the Greater Good