By Tom Peterson on April 17, 2013 in Innovation, Social Change

Late last month when the Supreme Court met to hear arguments on same-sex marriage, the Human Rights Campaign (HRC) launched a show of support for marriage equality. On March 25th the HRC urged its followers (and their friends and families) to change their Facebook profile pictures to the red and pink equal sign. The campaign quickly went viral… and then got creative. 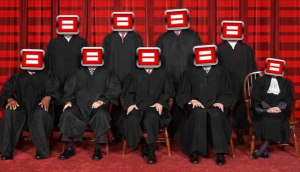 “While millions of U.S. Facebook users update their profile photos on a given day, we found that significantly more users — roughly 2.7 million (120%) more, updated their profile photo on Tuesday, March 26 compared to the previous Tuesday,” he said.

The greatest switches took place in college towns, and the most likely changer was 30 years old. Bakshy concludes his report: “For a long time, when people stood up for a cause and weren’t all physically standing shoulder to shoulder, the size of their impact wasn’t immediately apparent. But today, we can see the spread of an idea online in greater detail than ever before.”

Mashable’s Zoe Fox compiled a fun slideshow of some of the more creative images from the campaign. (Scroll to the bottom of the link.)