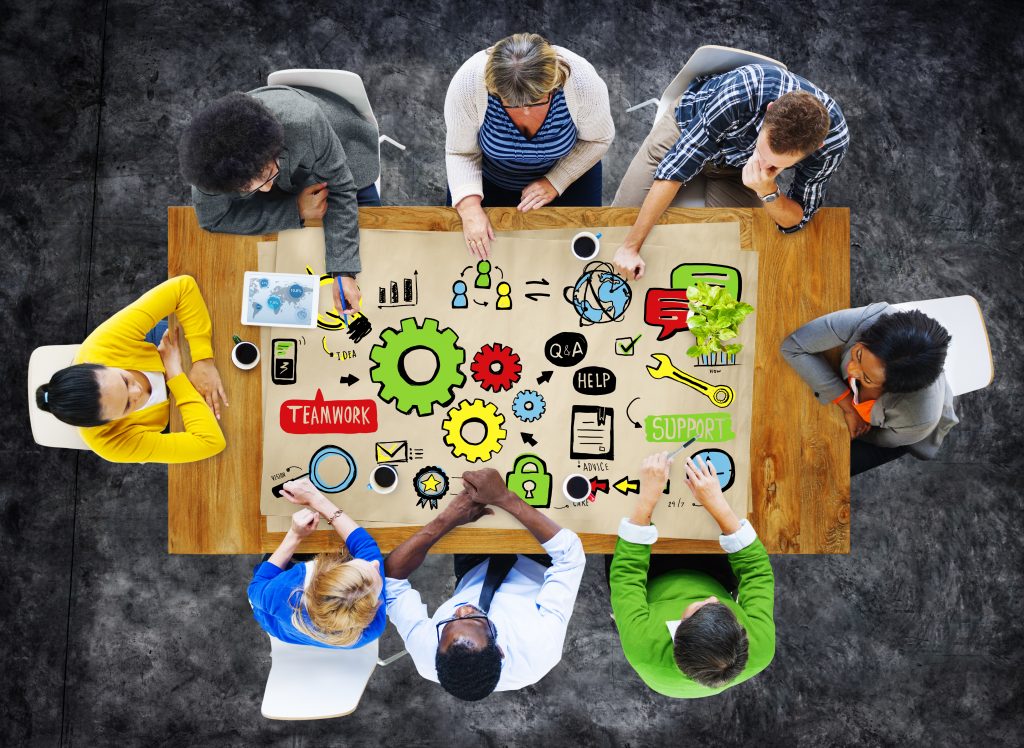 “A small body of determined spirits fired by an unquenchable faith in their mission can alter the course of history.” —Gandhi

World change doesn’t come about because of a single person working alone. Period. It simply doesn’t happen. Individuals can share their visions, pioneer new ways of thinking or doing, act with courage and lead, but they can’t make a dent in the great challenges by themselves. It’s the community of cause—yes, sometimes formed around the work of an individual—that creates lasting progress.

The magic of community

Jonas Salk once asked, “What must we do to evoke the greatest potential from ourselves and from others?” Start by hanging out with others who share your passion and who are good at what at what you want to call forth. Artists, writers and musicians know this; gathered in hundreds of “colonies” and communities from Paris to Taos, they find inspiration from each other. Collectively, they evoke their potential. 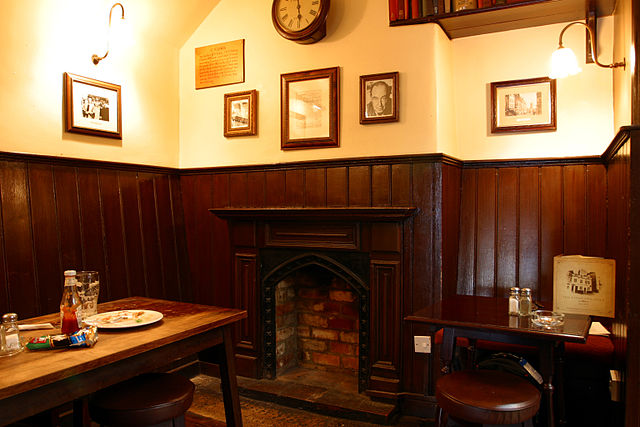 One such community was the Inklings, an informal group of writers, including J.R.R. Tolkien, Charles Williams and C.S. Lewis, who met in the thirties and forties. At their tea-drinking and pipe-smoking Thursday night gatherings in Lewis’ suite at Oxford University they took turns reading manuscripts of works in progress. On any given evening they might hear a poem or a passage from The Lord of the Rings or The Screwtape Letters and then give feedback, criticisms and suggestions. And on Tuesdays they gathered midday in the back room of the Eagle and Child (pictured), a nearby pub, for lunch and more discussions.

Over these cups of tea and pints of beer the Inklings discussed not only their current writing but also theories of imagination, the worlds of elves and devils, life on mars. They struggled to understand faith, evil, and how to make sense of the two great wars of the twentieth century. They explored symbols and metaphors and how the power of myth and imagination frame our experience.

And over the years, the Inklings generated a fantastic body of literature. Rather than working toward a common goal, this particular group existed to support each other’s individual pursuits.

We all yearn to belong, to feel connected to others who share our passion. If we’re lucky we are part of a community of social change that nourishes and encourages. They can help us accomplish things we care about. 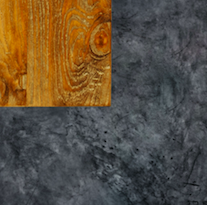 They’re all different. While some communities are local, others spread across a region or the entire planet. Some are large and some are intimate. Some have a tight focus and others are much broader. Communities can occur through an artificial construct—such as the close living conditions of a freshman dorm or a remote science research station—as members eat, live and work alongside each other. In others, like the Catholic Worker, volunteers live together to work on a cause. They can form around a neighborhood association or families concerned about their local public school. Some are made of people who live in different places and connect online and occasional meetings.

Sometimes workplaces, especially when people share a cause, serve as the nexus. I’ve been fortunate over the years to find myself in a few world-change communities. The first was with Seeds, a magazine about world hunger, where a half dozen underpaid, blue-jean-clad staff, a bunch of volunteers and some writers and leaders around the country, each contributed in his or her own way. Later, the Heifer International marketing team and others around the world were my community as we shared a mission, ideas and meals and travels together. Today I find myself part of a looser community of people across the United States who are passionate about improving the health of the most vulnerable. We connect by phone, email, blog posts, webinars and occasional meetings.

These efforts all existed before I came along, so I benefitted from the work built by others. But I also contributed and, hopefully, made the communities a bit more valuable to those involved.

What is a community of cause?

People in a community of cause share purpose, values and commitment. Somehow a community begins, each 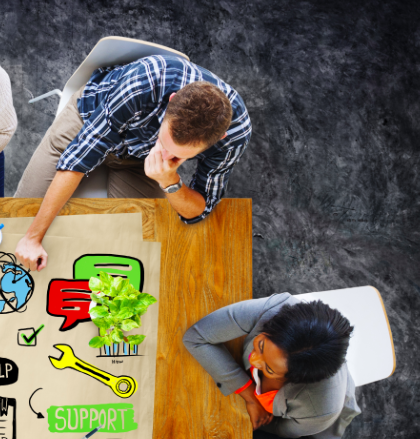 differently with its own story. People come together around a common goal of preserving or improving something, helping somebody, bringing about a slice of justice.

Some groups work daily side-by-side. Others do their work apart and occasionally gather whether in person or virtually to share ideas, coordinate and collaborate; they are all about relationships. A clique is not a community and a community is not a clique. Inclusive diversity opens new possibilities, and new people keep the group from getting stale. “It takes a village” rings true for anyone who has tried to accomplish anything great. It takes the collected talents, gifts and personalities of the village.

Yes, members disagree and clash, but they usually work through the issues. Trust eclipses the pettiness, it’s the glue for the long haul. People share their doubts, hurts, concerns and they share stories and laugh. Some even sing together. A community is a petri dish where ideas are tested. It’s a sounding board and a wise council. Empowered by each other and a shared vision for the future, communities give us the courage to act. And when there are victories, they celebrate together.

The power of a community joined around a cause is without limit.